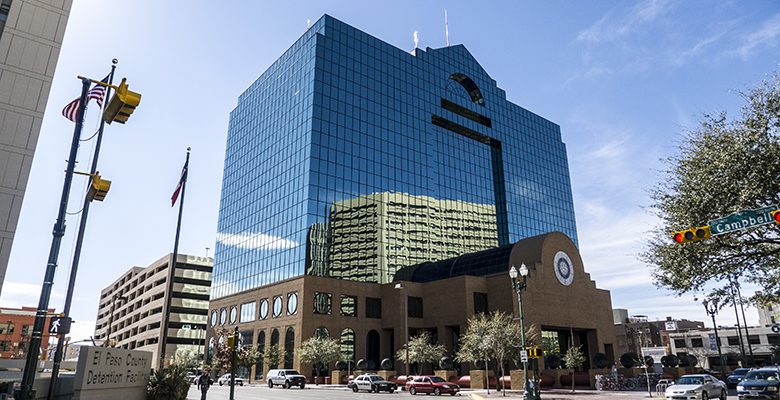 The El Paso County Historical Commission stood up to the fat cats trying to kick the poor people out of Duranguito. So the County Commissioners Court is going to hand them their asses.

From a story in the El Paso Inc. by David Crowder:

At Monday’s Commissioners Court meeting, [County Administrator Betsy] Keller said, the size of the historical commission will be expanded from 22 to 25, with each member of the court nominating five members.

Exactly how they will be voted on is up to Commissioners Court, Keller said, but she will recommend voting on each nominee individually.

But before the vote takes place, Commissioners Court will discuss the “composition and selection” of the historical commission in a closed-door executive session.

He said he and [historical commission chairman Bernie] Sargent met with County Judge Veronica Escobar on Friday to that explain that any violation of the meetings law was unintentional and to learn from her how things might go on Monday.

“This is the first time that re-appointments have been handled this ways, and she didn’t give us any indication about what would happen,” Grossman said after the meeting.

Since when did anyone care about the Historical Commission? Oh, yeah, since they stuck a stick in the spokes of the people trying to put the arena in Duranguito.

Now it looks like the County Commissioners Court is going to stack the Historical Commission with good dogs who will lie down for the fat cats.

So who at the County is behind this effort to muzzle the Historical Commission?

Here’s a clue. Here’s a letter Precinct 3 Commissioner Vince “Do you know who I am?” Perez sent to District Attorney Jaime Esparza.

As you commence your seventh term in office, I write to respectfully urge the office of the Disrict Attorney of the 34th to investigate recent possible violations of the Texas Open Meetings Act and actively pursue any enforcement measures deemed appropriate, if violations occurred. These alleged violations involving county boards and municipal representatives weaken public trust in our local government entities and I firmly believe that your office’s examination into these important matters can help reassure the public that violations of the Act are taken seriously, and that appropriate measures are actively used to enforce it.

This letter calls to mind some ideas.

Commissioner Perez’s Precinct 3 covers the whole lower valley, and the last time I was in the valley, nobody liked a snitch.

Commissioner Perez writes “These alleged violations . . . weaken public trust in our local government entities. . . .” Whoa, Vince. You can’t weaken what isn’t there. You dragging the Commissioners Court into this mess just makes you look like a tool of the moneyed class.

District Attorney Esparza recently quit his post on the Chicano Cultural Memorial Committee, as reported in our English language daily.

“In light of the current Open Meetings Act investigation, and in the abundance of caution, I have chosen to exercise my discretion and resign from the committee,” Esparza said in the letter addressed to the subcommittee’s liaison with the city. His resignation was effective Monday.

I wonder if the sub-committee ever conducted any business by email? Or is the subcommittee exempt from the Open Meetings Act?

I wonder if County Judge Veronica Escobar polled the Commissioners before they decided to give themselves a raise? Because even if she only talked to them one-on-one, polling them serially would be a “rolling quorum,” a violation of the Texas Open Meetings Act.

Our local political scene is a cesspool. A nest of vipers.