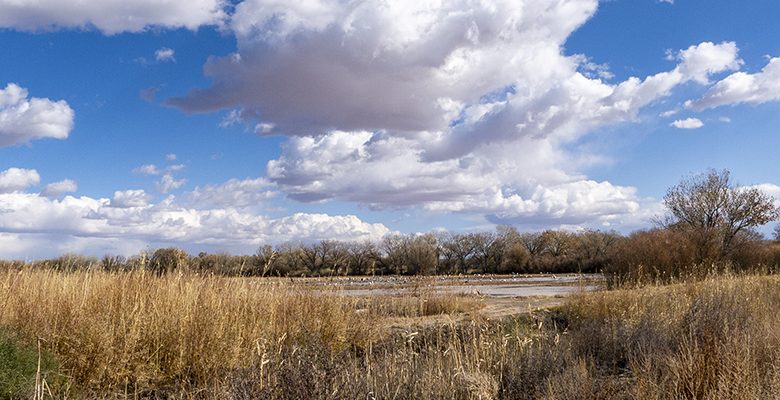 Travel, these days, is next to impossible. Public transportation is Russian roulette. Leaving El Paso in the throes of pandemia might seem like a good idea, but it hardly makes you a welcome house guest wherever you go. Who could blame your hosts if they made you crib the doghouse for a couple of weeks, just to see what develops?

El Paso is a fetid Petri dish of COVID-19. The insidious virus might be living in your respiratory system unannounced, like that crazy ex-girlfriend who lives in your attic and comes down at night to steal your Cheerios.

So if you want to travel it’s best to do it in a bubble.

Fortunately, most of us own travel bubbles. Air-conditioned, self-contained, travel bubbles, with integral sound systems, capable of traveling multiple miles per gallon of refined dead dinosaur ooze. These travel bubbles are capable of traversing up to a mile and a quarter per minute, when the law permits. In a few hours we can cover a distance that might have taken several days only a hundred years ago.

I know, it sounds like science fiction. Like the Jetsons. But it’s true, and it’s here, probably parked in your own driveway.

I just got back from Bosque del Apache.

The Bosque del Apache is a 57,331 acre National Wildlife Reserve located east of Socorro, New Mexico. Established in 1939, the sanctuary wetlands are temporary lodging for thousands of seasonally migratory birds.

The Bosque is also a premium destination for thousands of migratory birdwatchers. Birders flock from all over the country to photograph the hundreds of Sandhill cranes that stalk the fields like herds of dinosaurs. Thousands of dollars worth of long lenses stand poised on roadsides ready to capture the flight of hundreds of Canadian geese as they move, en masse, from one flooded field to the next, a quarter of a mile away.

Those Sandhill cranes make the Bosque del Apache look like Jurassic Park, with their prehistoric beaks and wide angular wingspans. There’s not a lot of evolution between those big birds and the artists’ depictions of pterodactyls.

Google says the drive time from El Paso to the Bosque del Apache National Wildlife Refuge is two hours and forty-three minutes. Driving slowly through the park is worth two or three hours, with frequent stops for short hikes or just get out of the car. Your personal travel bubble could probably make it on one tank of refined dead dinosaur ooze, but if you had to stop to fill up, there are plenty of modern self-service refined dead dinosaur ooze stations that will take your bank card without human interaction.

On our trip, I put on my face mask only once, to talk to the nice Border Patrol agent manning the inspection station on I-25, 23 miles north of Las Cruces.

Fall is one of the best seasons to visit the Bosque del Apache. The weekend before Thanksgiving is usually the occasion for the Annual Festival of the Cranes, but they had to cancel this year because of the pandemic, even before they announced the headliner.

Load up your personal travel bubble with your immediate household members, an ice chest with sandwiches or burritos and your choice of beverage, and head up to the Bosque del Apache National Wildlife Refuge. Bring some music, because much of Southern New Mexico is still unencumbered by civilization. I’m thinking maybe some Joni Mitchell, or Bruce Springsteen’s The River, because, you know, everybody’s got a hungry heart. The entrance fee to the reserve is $5 per personal travel bubble.