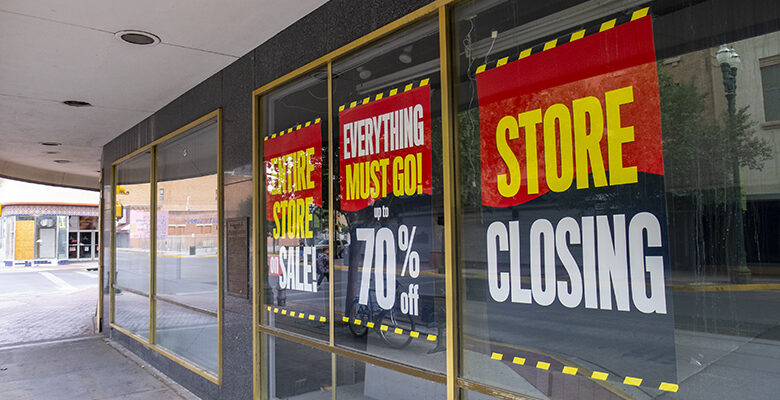 The El Paso Times reports that the Fallas Department Store in DWNTWN is closing:

One of Downtown El Paso’s largest stores, which closed for just over a year during the COVID-19 pandemic, is in the process of closing permanently.

The Fallas discount department store at 301 E. San Antonio Ave., is in the midst of a going out of business sale.

Food City, an El Paso grocery store for nearly 60 years, announced Tuesday it is closing one of its three locations.

The Fox Plaza location, which opened 50 years ago in 1972, will close in August, store officials announced on its Facebook page. The stores are well known for their Mexican pastries, beef selection, flour tortillas, tamales and burritos.

I’m sure that if you look around El Paso, you can find failing businesses everywhere. The U.S. Census Bureau estimates that the population of El Paso fell by almost two hundred people last year.

But the City’s been paying a lot of attention to downtown. Downtown is supposed to represent El Paso’s renaissance.

The Cobbler, the shoe repair taller in that little niche in the Abdou Building, is out of business.

And the word on the street is that the CVS contraesquina to the Fallas at Mesa and Texas will soon be shutting its doors for good.

If you look around downtown El Paso, you see lots of opportunity. Lots of empty storefronts. Places where you, too, could pour your dreams and aspirations, your sweat and tears, your blood and money, and leave ruined as soon as your capital runs out. The dominant industry in downtown seems to be signature loan shops. They, at least, appear to be thriving.

If you subscribe to the Broken Windows Theory, you might notice that there are a lot of broken windows in the Caples Building. The three buildings at the intersection of Mesa and San Antonio are all empty, except for the Fallas which is going out of business. The fourth corner of that intersection is a vacant lot.

We used to complain that downtown El Paso was a ghost town after six o’clock, but now, thanks to the tireless efforts of El Paso City Government and the Downtown Management District, we’re even running off the businesses that used to thrive during the day.

And did you hear that the national economy is on the brink of a recession?