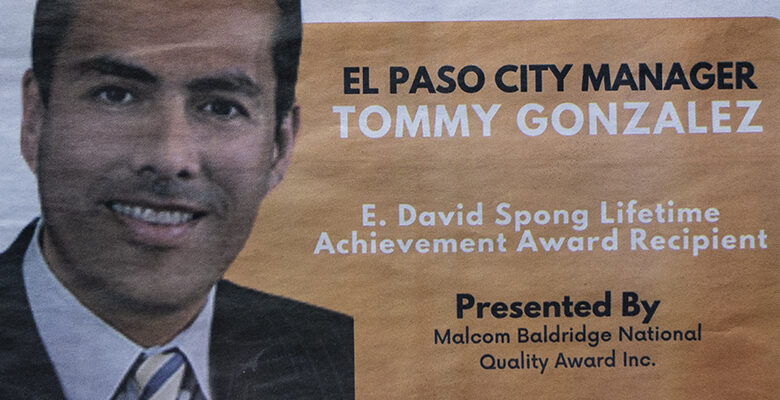 Look at this ad in this week’s El Paso Inc.:

Did you see who the ad’s apparent sponsors are?

Who would think that, with all the needs in the community, those nonprofits would have the money to pay for a full-page ad in the Inc.?

What do you suppose motivated those non-profits to buy an ad now congratulating Mr. Gonzalez for an award he won back in January? Did they just now discover that they had some extra money that their constituents didn’t need, so they chose to show the City Manager some love?

Or did the City Manager, or his co-conspirators, lean on the non-profits to show their appreciation for a City Government that has recently been accused of waging a class war on small businesses, the working class, and people on fixed incomes?