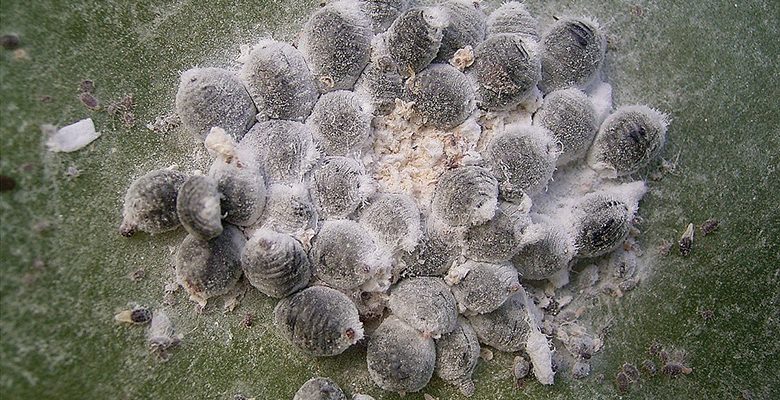 A new exhibit opens at the El Paso Museum of Art today. Titled The Red That Colored the World, the exhibit focuses on works of art the use a red dye derived from the cochineal insect.

Six hundred years ago, red dye was hard to come by in Europe. The invading Spaniards were surprised to find the Aztecs dressed in brilliant red cloth. By 1600, cochineal was New Spain’s second most valuable export behind silver.

In 2012, vegetarians and the squeamish were horrified to learn that Starbucks was using cochineal dye in their strawberry frappuccinos.

Cochineal insects like to live on nopal cactus. You can find some variety on cactus pads here in El Paso. They’re little white patches that look like spit wads. Scrape one off and rub it between your fingers and you’ll create a red smear.