“I’d go to Juarez,” the straw man said, “except for all the killing.”

Except now the war is over, according to a story in the Washington Post. And the straw man still doesn’t go to Juarez because he doesn’t have a passport.

The straw man doesn’t go the gym, either, but he’s been meaning to.

I go to Juarez. I’ve been going.

The U.S. side of the pedestrian border crossing has been renovated. There are stainless steel bathrooms that look like Dr. Who’s tardis, with swooshing doors that open with the wave of a hand. 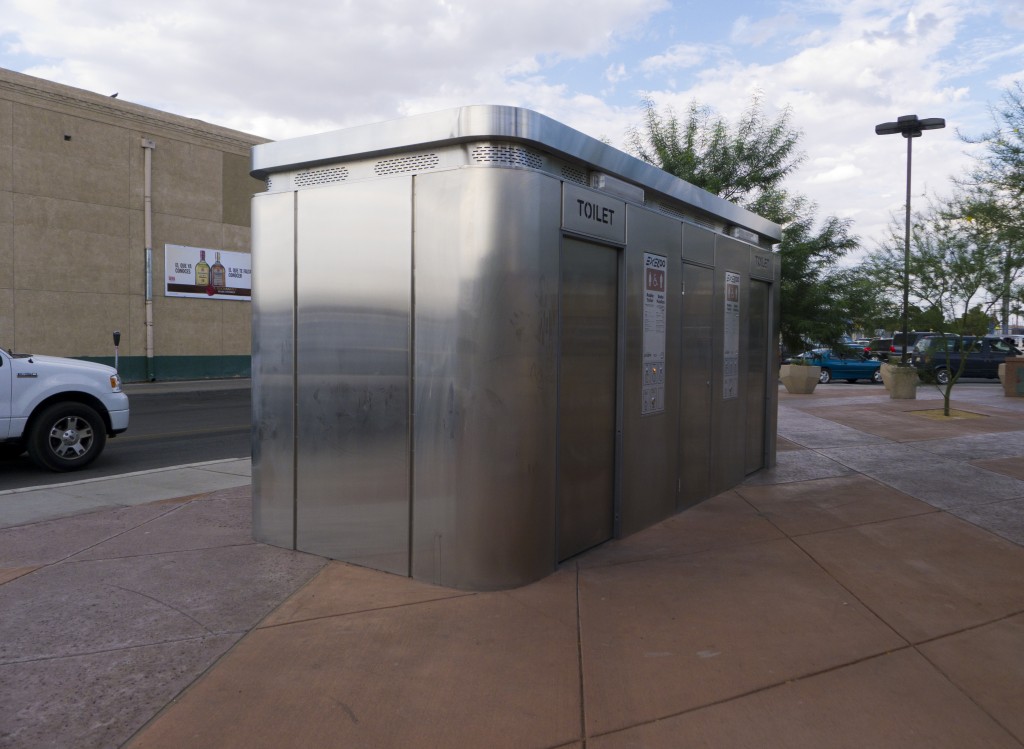 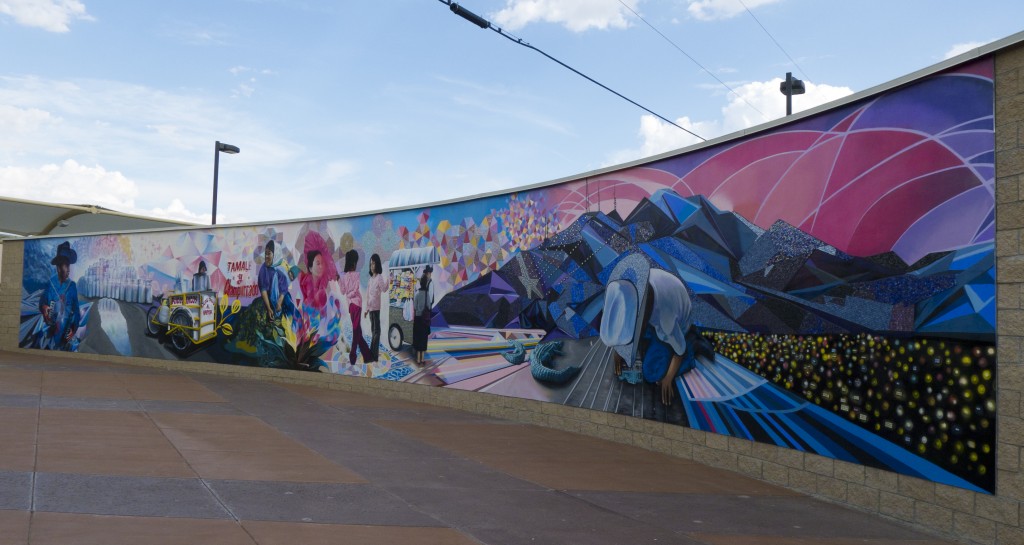 Past the gate, still fifty cents, a metal half arch, with holes like a cheese grater, shades walkers up to the international line, where Mexican tarp takes over. 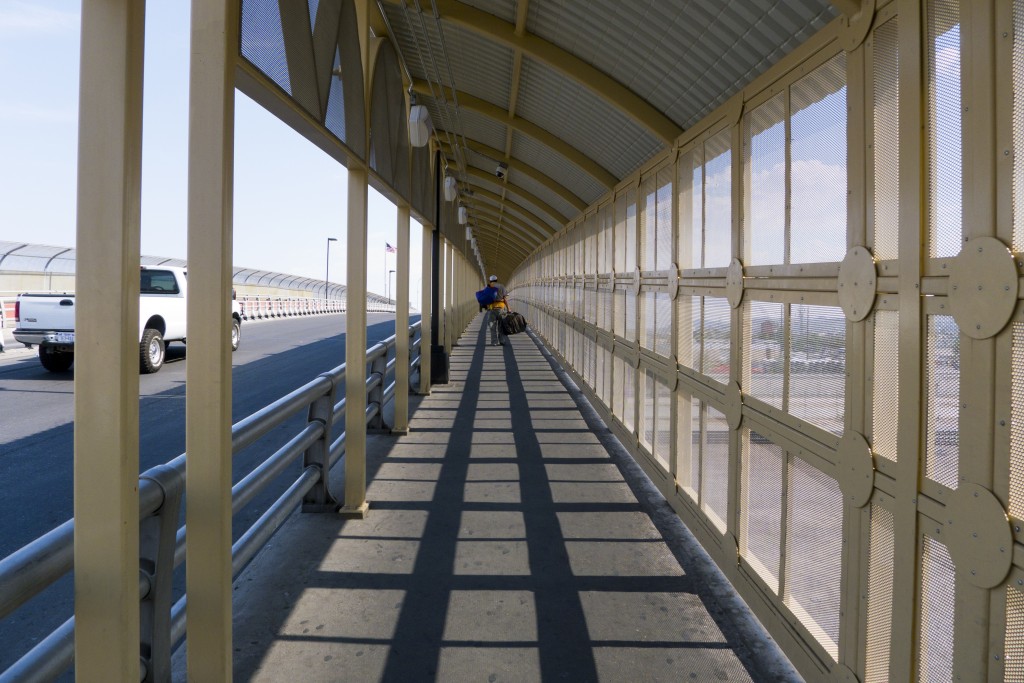 On the Mexican side an airport x-ray machine scans bags and backpacks. And then you’re through the border bureaucracy and in Juarez.

Juarez is different now. The streets and sidewalks aren’t as crowded. It’s not as vibrant. Juarez used to be an exercise in sensory overload. Juarez was a kaleidoscope of sound, loudspeakers blaring electronic dance music and rancheras, and sidewalk barkers, and the rumble of diesel engines.

You used to have to go to Juarez switched on, even before the killing, because there were consequences, even if they weren’t as dire. You might get robbed, or rolled, or worst of all, arrested, so you had to pay attention, all the time.

Now, maybe a third of the buildings are boarded up. The cab drivers still say Taxi, but the pitch stops there. No more lurid leers, or cards to the practically extinct whorehouses.

The other day I walked through La Chaveña, the neighborhood just south of downtown and west of the tracks, on the back side of the rail yard, fronting the old Straight American distillery. A few people walked down Calle Libertad. Two old women, maybe my age, sat on folding chairs in front of a house. A Zumba class kicked listlessly to the beat of lo-fi salsa at a mostly vacant cement strip mall, a tarp shielding them from the low sun.

At Municipio Libre I started asking directions. A hand painted sign declared a restaurant. An old man sat behind a counter in an eight by ten room. I took a bottle of water from a glass-doored refrigerator, and asked the man, Where was the gunfight?

Right here, he said. Next door.

A few bullet holes pocked the adjoining building, but a few bullet holes didn’t match what I saw in the video. I asked a man walking by, Is this where the gunfight was? Balacera, I said. The Spanish word honors the bullets, not the guns.

Over there. He pointed to a pink building across the narrow street. The steel accordion doors were peppered with holes. The steel from the chain link fence was bent from bullets coming and going. 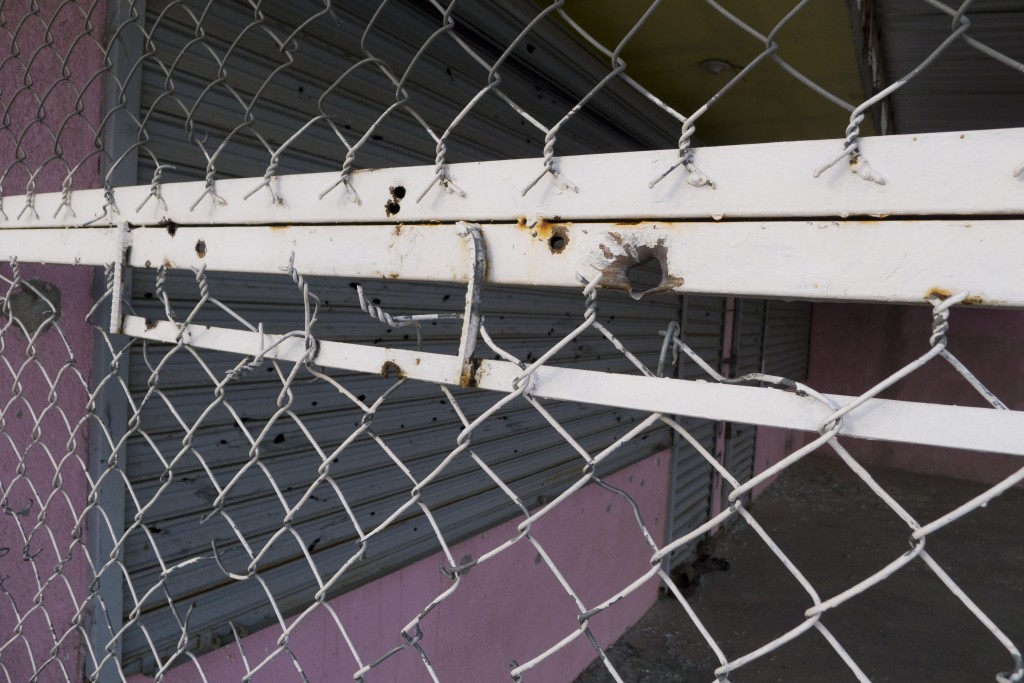 The news reported a prolonged gunfight here a month before, between gunmen and police from the three layers of government, the city, the state, and nation. The video didn’t sound like just one string of firecrackers going off. It sounded like ten strings of firecrackers. Obviously, a lot of bullets missed.

According to the news reports, two of Chapo’s triggermen were killed in the shootout. Another was arrested. The reports otherwise don’t agree on much.

I took the long walk back north, on side streets, past gated communities of cinder block houses wrapped in razor wire and tagged with graffiti. As I got into downtown, Juarez showed some of its dirty glow, its gritty glamour. Streetwalkers stood in front of flophouse hotels, and minstrels shared smokes on the sidewalk, in a part of town that tourists never visit. But the people there were older, and more resolute. Bent, but not broken.

And no straw men.