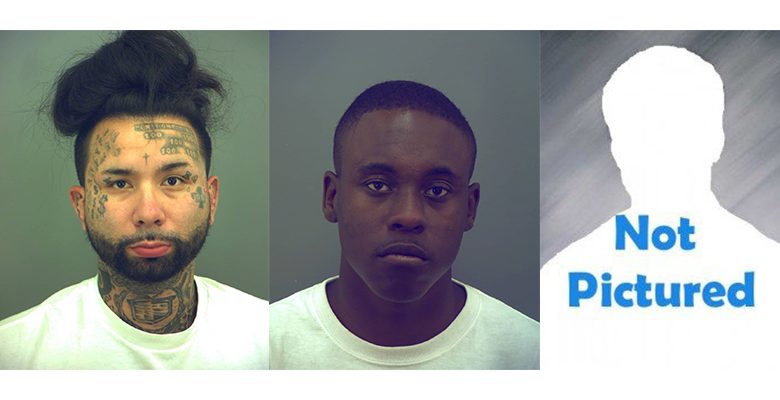 Did you read about those three alleged hoodlums who were arrested a couple of weeks ago for a fight in the Cincinnati district?

Three men were repeatedly told to leave the Good Times Bar in West El Paso before allegedly starting a fight with multiple patrons and staff at the business.

Two of the suspects allegedly pulled out knives during an altercation and one was seen sucker punching a man who had not been involved in any other disputes with the men.

El Paso police say the three are in custody in connection to the incident and are charged with various counts of organized criminal activity and aggravated assault. Police allege the incident happened at 2 a.m. on June 6 at the Good Times bar on 2626 N. Mesa. Jose Mendoza allegedly struck a witness in the face with a closed right and left fist, the document states. The witness in-defense struck back when the bouncers grabbed Mendoza and took him off the property.

A police account of the event says Mendoza ran to the Rockin Cigar Bar and shortly after, the same witness saw Mendoza, Joshua Mendoza, and a man named Angel Guerrero run inside the Good Times bar. Once inside, the witness observed the men instigating fights with patrons and staff, the document states.

Joshua Mendoza and Glasper allegedly pulled out knives during the altercations. The witness pulled his boss back after seeing Mendoza swing the weapon at him, the document states.

That must have been a sobering ten or fifteen or thirty minutes for the patrons of those businesses involved, till the cops got there.

What do you suppose the police response time was?

To be clear, the alleged hoodlums weren’t even arrested at the scene.

From the EPPD press release:

Three males involved in an assault at a bar in the Cincinnati area were arrested by the Gang Unit last week. Joshua and Jose Mendoza were arrested at a northeast apartment complex on June 10th. The next day, Alphonso Glasper was arrested at the 8500 block of Viscount.

So on June 6, these guys were allegedly swinging knives at people, and June 10 and 11, they were arrested across town.

We know that in recent history, there have been at least two murders, some knifings, and some incidents of random gun play in the neighborhood.

Why isn’t there more of a police presence there? Are the cops afraid to go there? Is Kern a bad neighborhood? (I’ve always thought so. Lots of lawyers in that neighborhood.)

I reckon from 2:00 to 2:30, any night of the week, the cops could bag their limit in DWIs, Public Intoxications, and Drunk and Disorderlys. They’d be able to cover their costs several times over.

The moral of the story is, if you are going to be the victim of a violent crime, try to have it happen close to a police cruiser, hopefully during regular business hours.