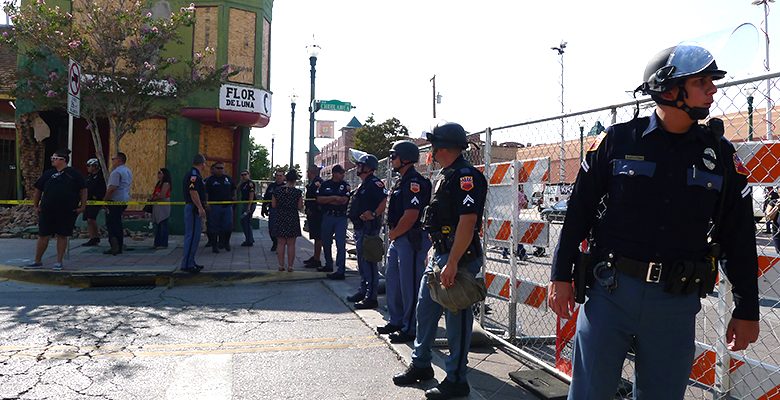 At three Tuesday afternoon I was home, trying to punch out a story through the fog of the night before.

My wife called. “You should get down here. The riot squad just arrived.”

As I drove up, officers were walking down Overland, slapping bundles of industrial zip ties, the kind police use as handcuffs for mass arrests, in their hands. Cops in helmets had manned the northern perimeter, and a portly officer stood in the gap between the end of the fence and the old photographer’s studio.

“We were across the street but one of the cops told us we should move so we didn’t get tear-gassed,” my wife told me. She was holding Floyd, our one-year-old son, on the corner by Don Luciano’s vacant tenement.

Apparently the riot squad was preparing to forcibly remove the preservationists.

I walked around the block and ducked under the yellow police tape that stretched across the sidewalk. 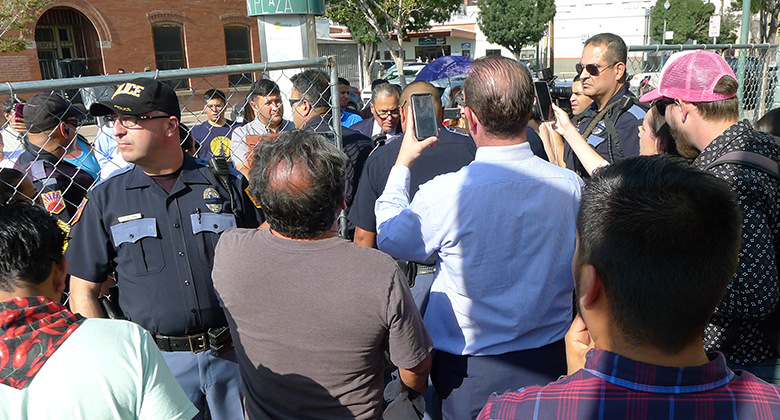 It appeared to me that the riot squad was sent to escalate the situation. After the arrival of the riot squad, the police would no longer let food into the area. The tone of conversation between the preservationists and the police changed. One of the members of Senator Rodriguez’ staff filed a report documenting one of the police officers taking a swing at one of the protesters.

A friend of mine, an attorney working for the County, outside the fence, said a police officer told him, “I could arrest you.”

“Don’t I have to do something illegal first?” he replied.

Fortunately, cooler heads prevailed. Assistant Police Chief Victor Zarur spoke with the elected officials and their representatives inside the fence to let them know what was taking place, and no forcible removal of the preservationists took place. At the end of the day, the fences were moved to only enclose the damaged buildings, and the streets were cleared.

It’s hard to understand why the City thought that such a disproportionate display of force was necessary. By the end of the day, there were more police than protesters. About half of the officers present wore riot gear. Many of the preservationists were women in sundresses, and lots of the protesters, both men and women, wore flip-flops. Some used canes. One man was in a wheelchair.

A reasonable person might think that deploying the riot squad on the preservationists was a waste of manpower and scarce resources. Many of the riot squad arrived in what appeared to be private vehicles. I suspect that the exercise used up all of the overtime budget for the rest of the month, and maybe next month as well. I also suspect that whoever sent in the riot squad did so from the remoteness of City 1 and hadn’t visited the site. 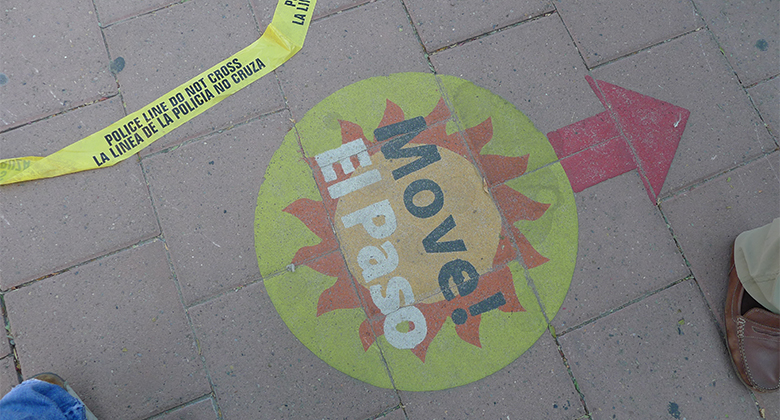 Worse, deploying men is riot gear against peaceful protesters is a stake in the heart of the City’s already reeling brand identity. But if the City has demonstrated anything, it’s that the City is going to do what it wants and doesn’t care what anyone thinks.