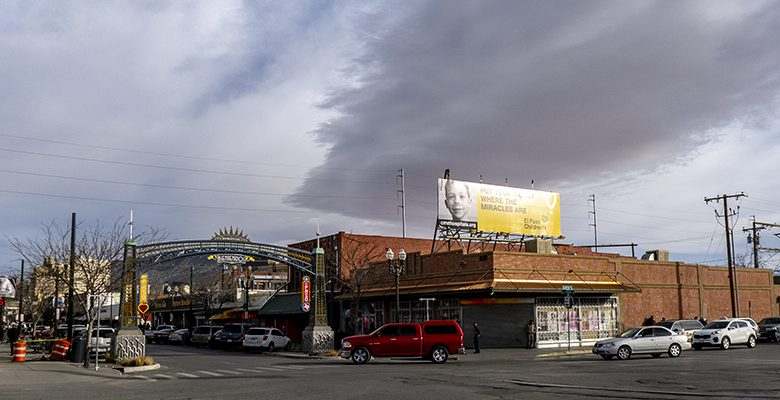 If you’re selling a blind horse, the first thing you tell the mark prospective buyer is how good that horse can see.

Our City Fathers want to put a roundabout on the end of South El Paso Street, right where you’re coming off the bridge.

You know, you come through Customs, and you can turn right, onto Sixth Street, toward the El Paso Los Angeles Limousine Express passenger terminal, or you can go straight down South El Paso Street. That’s where they’re putting a roundabout. Right there by the payphones and taxi stand and shoe store.

Why would they want to do it?

“Coming off the Paso Del Norte International Bridge, the proposed roundabout at El Paso Street and 6th Street will provide greater flow of traffic on this busy intersection.”

Look at the pages I lifted from the Budget: 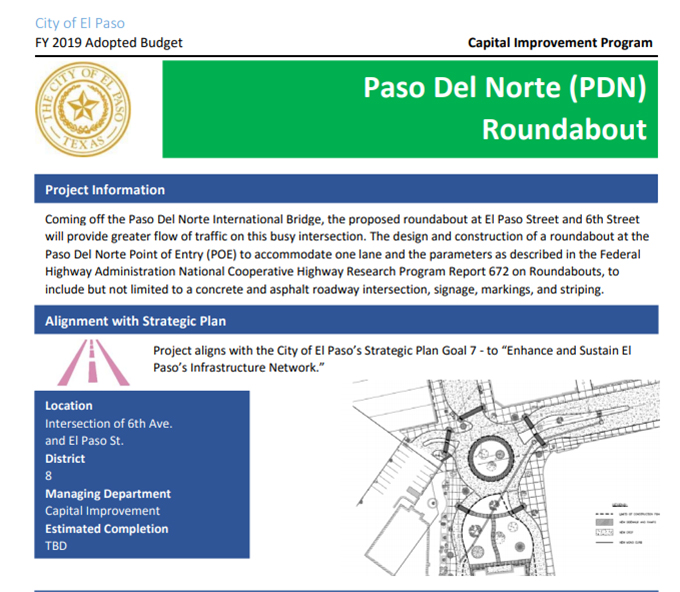 Currently when you come out of that intersection, you have two lanes on El Paso Street. With the “new and improved” roundabout, you have one lane exiting to South El Paso Street, with an obstacle in the middle and a completely unnecessary peninsula choking off access to El Paso Street. 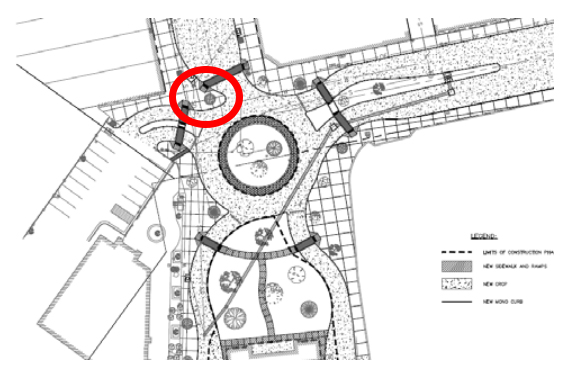 So restricting access to South El Paso Street from two lanes to one “will provide greater flow of traffic on this busy intersection.”

That intersection is messy now. But it works. Cars trickle out of the border security apparatus in steady drips, and go straight or turn right at five miles an hour. Whoever designed that roundabout was trying to create a bottleneck to choke traffic down onto South El Paso.