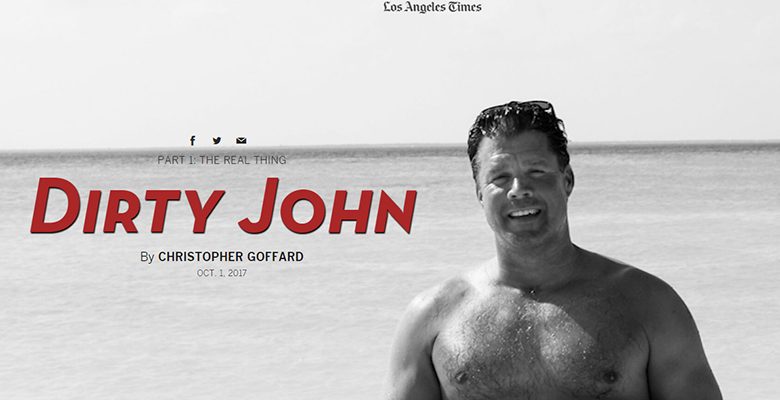 Their first date was at Houston’s, a restaurant in Irvine, where he opened the door for her and put her napkin on her lap. Candles flickered along the polished-mahogany bar; jazz drifted from speakers; conversation purred.

Debra Newell had taken pains to look good. Her cornsilk-blond hair fell in waves over her shoulders. High black Gucci heels, designer jeans, Chanel bag. At 59, married and divorced four times, she had begun to worry that she was too old for another chance at love. Her four kids were grown, she ran a flourishing interior design firm, and she was looking for a man to share her success with.

Her date was 55, 6 feet 2, with hard-jawed good looks and a gym-sculpted frame. He looked a little weathered, and he dressed lazily — shorts and an ill-matching preppy shirt — but he might have once been an All-American quarterback on a trading card.

His name was John Meehan. He had thick dark hair and a warm, friendly smile that invited trust. His eyes were hazel-green, with the quality of canceling out the whole of the world that wasn’t her, their current focus.

The private investigator told Debra Newell how to make herself a difficult target. Change hotels every few nights. Study the crowd before she entered a room. Ditch her stylish clothes for bland ones. Get a wig to cover her conspicuous blond hair. Blend in.

She dreaded that she would meet the fate of her older sister, Cindi, dead 31 years earlier at the hands of her own husband. The deepest trauma in her family history seemed to be replaying, as if in a nightmare loop, and she feared her mother would have to bury a second daughter.

She had more than 300 pages of documents she’d taken from her husband’s home office, and during late winter and early spring of 2015 she pored over them, trying to determine the scope of his criminal past.

It’s beautiful. It’s sordid. You can be glad it didn’t happen to you, or someone you love.

You can read Parts 1-5 today. The final chapter comes out tomorrow.