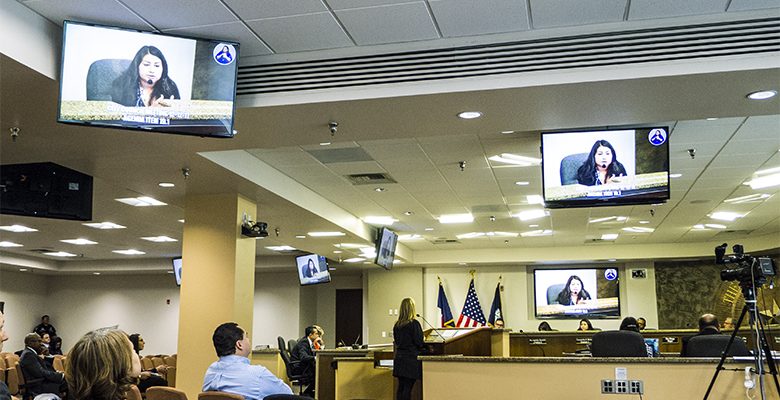 Here’s a list of lobbyists registered with the City of El Paso. There are links to their lobbying activity during the quarter ending October 1, 2017.

Curiously, there is no reported lobbying activity for Franklin Mountain Management. From the El Paso Times:

The project will cost about $78 million, and it will be financed by El Paso billionaire Paul Foster and millions of dollars in federal, state and city tax incentives, said William Kell, vice president of Franklin Mountain Management, a Foster company that manages many of his properties and other business ventures.

The City Council in September approved a term sheet that would provide Foster’s company with about $23 million in city and state hotel tax rebates, property tax abatements and other incentives to renovate the Plaza. A final incentives agreement is scheduled to go to the City Council in January.

Imagine. Franklin Mountain Management got $23 million in city tax incentives without even asking for them. If you can believe that city officials follow the rules about lobbying activity.

Also curious is the lack of reported lobbying activity from the Borderplex Alliance, or MountainStar Sports Group, or any other members of the Star Chamber where all the important decisions get made before they are presented to City Council.

Unless, perhaps, those activities are behind Marisa Marquez’ work for the Forma Group. Ms. Marquez reports that she engaged in lobbying on economic and industrial development, real estate development, and tourism. Obviously the Forma Group is engaged in those areas on behalf of someone else, but apparently we don’t get to know.

Here’s another anomaly. Mark Smith reports that he engaged in lobbying for Hunt Companies, Inc. Regarding what, exactly?

Other, determined by client.

Apparently that’s sufficient information for the City Clerk. Perhaps Mr. Smith himself is unaware what he was lobbying for.

If this is all legal, then the law needs to be changed so we don’t have lobbyists working for unknown parties and towards unknown objectives.

I told you that the El Paso city government is a secret public/private partnership. This is more evidence.