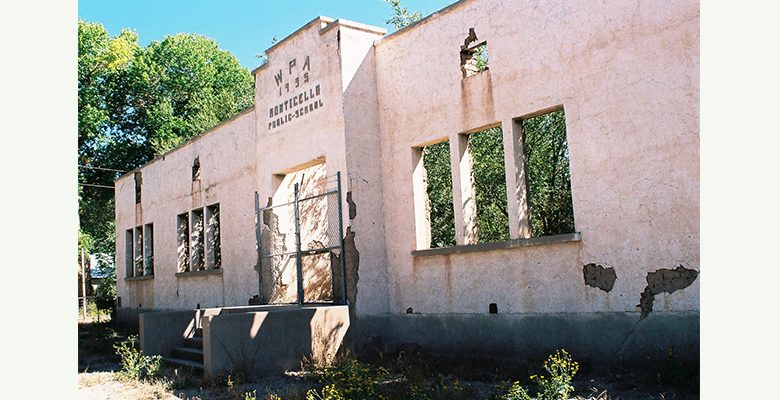 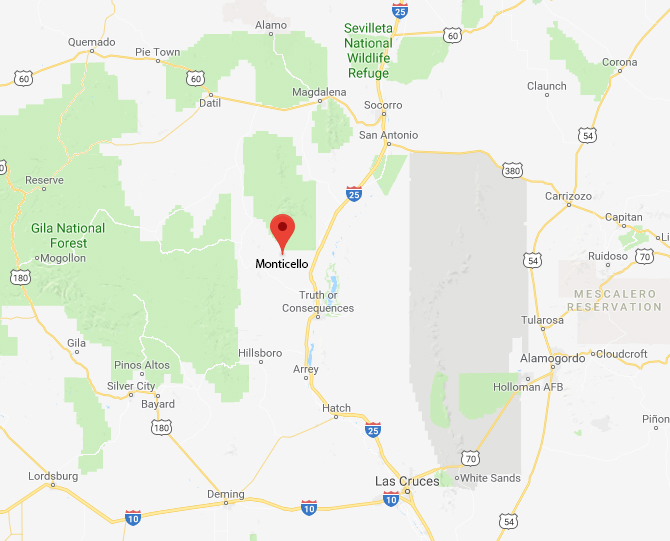 Peace in the Valley

Okay, it’s true that Monticello, New Mexico isn’t a full-on ghost town. Some folks do indeed live there. But it’s got its fair share of old, empty structures, including an impressive adobe school built by the Works Progress Administration (WPA). In 1980, Philip Varney included Monticello in New Mexico’s Best Ghost Towns because of its “extraordinary charm.” Well, in this case, perhaps not much has changed over 34 years because Monticello remains extraordinarily charming. Judging from Varney’s photos, some buildings look better and some perhaps worse. However, if you stopped for a couple hours to eat lunch on the shady steps of the school and listened to the birds sing while the wind blew gently through the tall cottonwoods, as I did, and then explored the rustic little plaza, you might think about buying a secluded retreat in Monticello, as I also did. 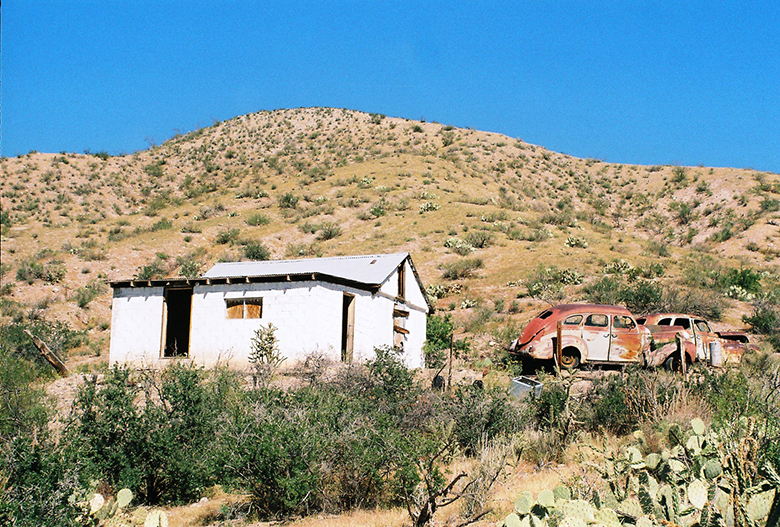 Monticello, in southwestern NM, is 25 miles northwest of Truth or Consequences, not far from Cuchillo, and was originally founded in 1856 as Cañada Alamosa. The name honored the town’s cottonwood-lined canyon. The Alamosa River flows alongside. Clearly, in the green, 23-mile-long Monticello Valley within which the town sits, cottonwood trees have always been a big deal.

Early on, Cañada Alamosa was the headquarters of the Southern Apache Agency. By 1870, 500 Apaches lived in the area and Cochise, the Apache leader and namesake of Cochise County, AZ, brought his entire Chiricahua Band in with him in the winter of 1871. But, in 1874, when the agency was moved a handful of miles northwest to the Ojo Caliente Reservation, near present-day Dusty, in what’s now known as the Monticello Box Canyon, the Apache were dispersed. Almost 20 years later the town became known by the much less poetic moniker Monticello. 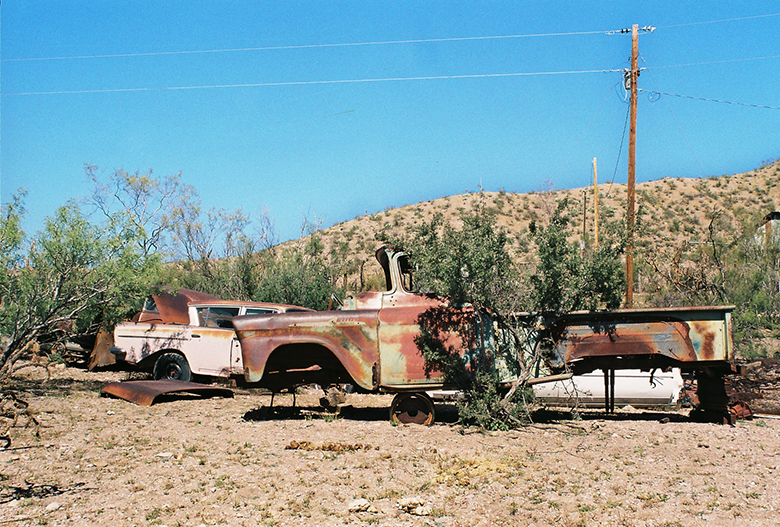 In 2003’s Ghost Towns Alive, Linda Harris says the name change was the result of postal system bureaucracy. The story goes that in 1892, Alphonse Bourguet and his brother, Aristide, French emigrants, wanted to establish a post office in Cañada Alamosa. However, the policy of the day dictated that postal names be a single word. Alphonse had once been postmaster in Monticello, NY and Aristide must’ve figured that worked pretty well the first time because he submitted Monticello as Cañada Alamosa’s replacement. This is all similarly recounted in The Place Names of New Mexico.

But I have read other accounts, including in New Mexico’s Best Ghost Towns, stating that John Sullivan was the town’s first postmaster, also from Monticello, NY, and he made the change. However, I think this is now considered incorrect. Some Bourguet’s and Sullivan’s still live in Monticello. Perhaps they can tell us! Whatever his role, John Sullivan’s home was reportedly a stage stop, claimed to be the first in Sierra County. Sullivan’s place still stands off Highway 142, which leads into town and passes the plaza. For some reason, New Mexico True says his home was the San Ignacio Catholic Church! 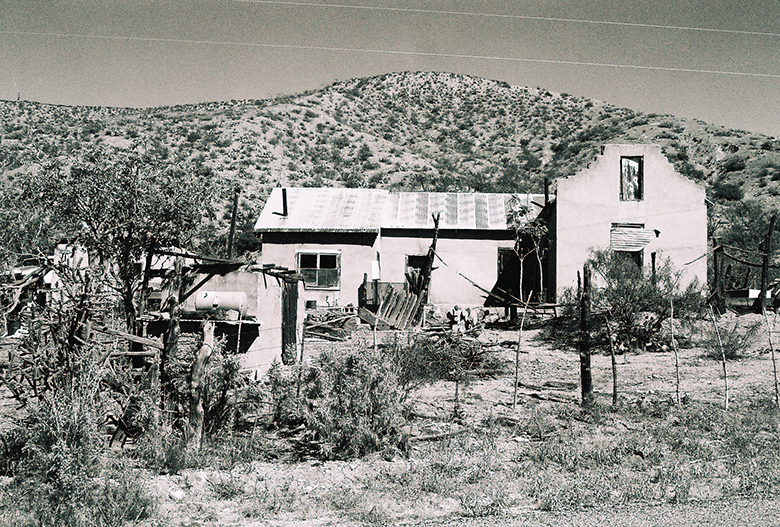 The Monticello Valley has always been a ranching and farming community and it remains so today, producing organic vegetables and award-winning balsamic vinegar. But it’s true that it’s not as bustling as in the past. The large Monticello Public School, mentioned earlier, has been reduced to a picturesque shell. Built in 1935, it’s said the school burned down when a student’s chemistry experiment exploded. However, that may be nothing more than a rumor. The plaza, quiet and empty during my visit, once provided a thick-walled adobe fortress complete with gun holes to guard against Apache attacks. A couple homes on the outskirts of town, one fairly large, appear long-abandoned, with vintage vehicles parked outside in various degrees of decay. Of course, I was in heaven. 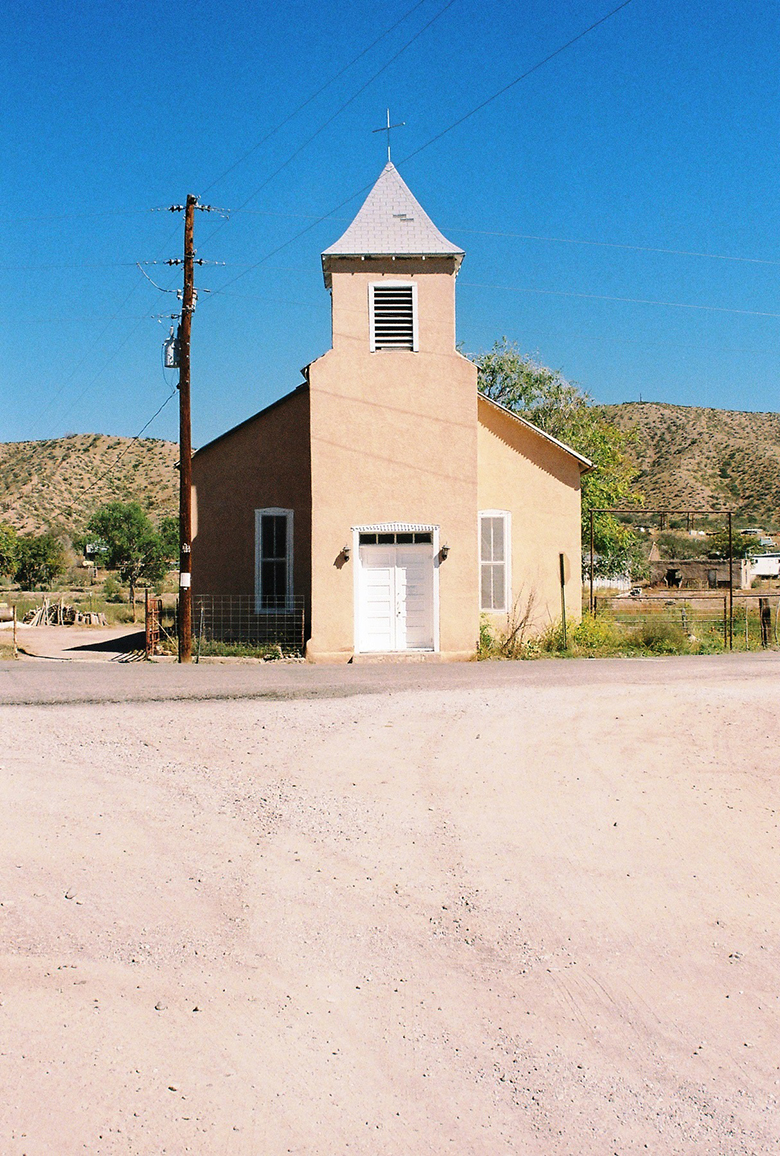 On the other hand, the San Ignacio Catholic Church, built in 1867, is well-maintained and lovely. Located on the north side of the plaza, services are still held there. There may yet be a dried-out pump organ in the choir loft. Restored territorial-style homes with corrugated tin roofs peak from behind lush greenery. What appears to have once been an antique store sits silently to the east of the plaza. Quite derelict in a photo in Varney’s book, it’s clearly been restored, even if it’s now vacant again. Within its cool, blue walls are many of the antiques that must’ve once been for sale and the ceiling shows several large, beautiful vigas running lengthwise. Outside are a low, weathered, wooden patio and an old bench. Anybody want to go in on the place with me? That’s it below. 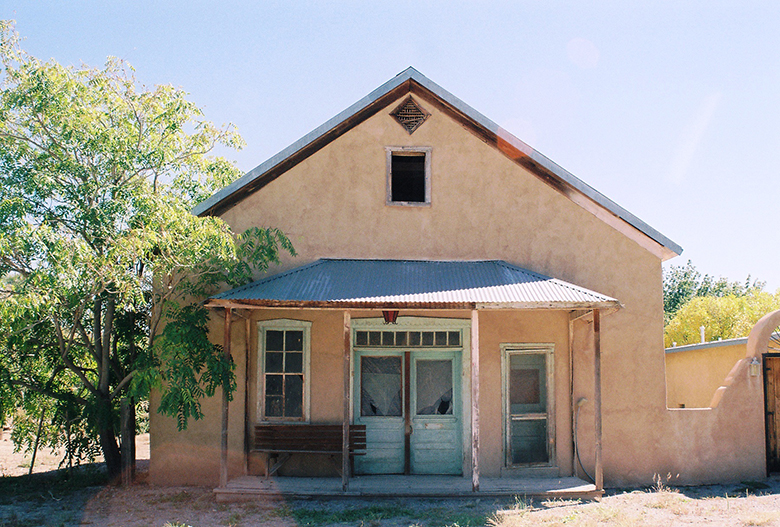 In 1910, at its peak, Monticello had 573 residents and there may have once been more than 1,000 families throughout the valley, which includes the adjacent town of Placita. The 2012 census has the population at 135, yet most folks probably don’t live in town year-round. I saw only a few people, all of which passed by in cars or trucks as I took photos along the roadside.

I attempted to get to the cemetery southwest of the plaza, but after crossing the shallow Alamosa River ran into several private property signs without a graveyard in sight. It’s a shame, because I hate to miss an old cemetery. But it does provide an excuse for a return visit. As if I needed an excuse! To further prove that point, as I left, four cow ponies crested the rise beside the cars pictured below. You might be able to make out the hawk soaring through the upper right of the frame. Extraordinarily charming indeed. 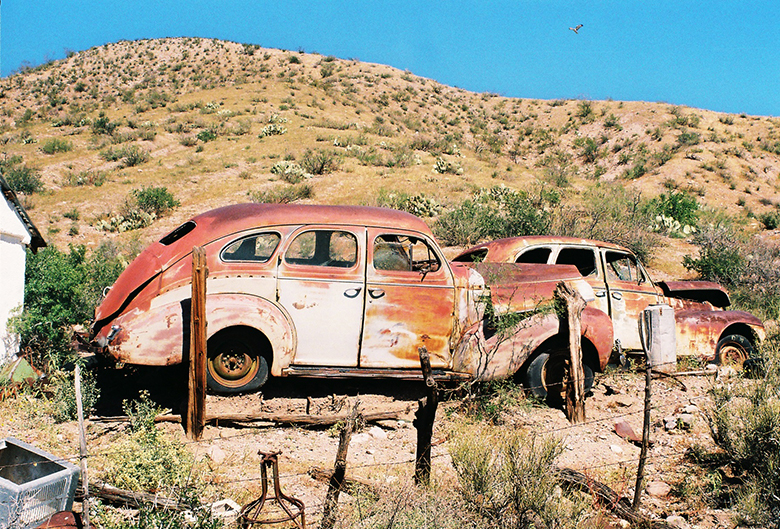 Most information for this post came from the NM ghost town books of Varney and Harris, with a bit from The Place Names of New Mexico. The now defunct website Viva New Mexico, and Legends of America were also useful. Ghosttowns.com has a couple interesting tidbits and Bestplaces.net presents demographic info from 2016. New Mexico True, the state’s official tourism website, gets much more wrong than right, but at least they tried.