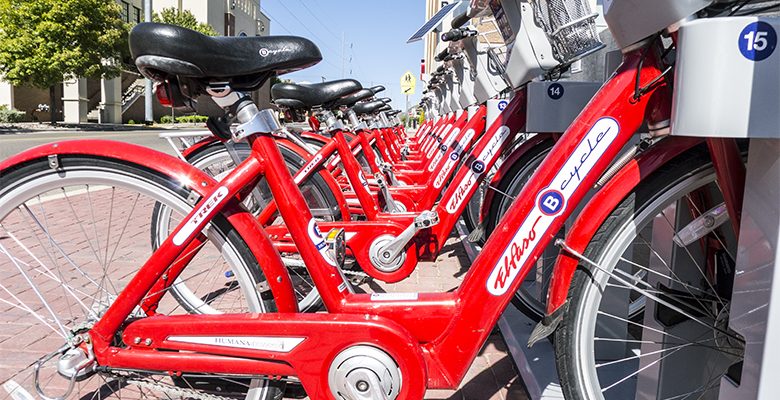 LimeBike recently raised $50 million in its second round of capital funding to expand its operations in the U.S.

The company uses a Chinese model of bike sharing, eschewing docking stations and third-party credit card systems, instead using those pocket computers (“smart phones”) that nearly everyone is carrying these days.

In China, though, bike sharing has exploded seemingly overnight, thanks to an influx of venture capital and a model that eschews docks, making expansion cheaper and easier. Dockless bike companies scatter their bikes around a city, and customers use an app or scan a code to unlock them. The bikes lock themselves and can be left near a bike rack, on a sidewalk, or in a park. Without the need for docks, these startups can launch in a new city in a matter of weeks, no government subsidies required. For now, they’re subsidized by venture capital.

Also, the company can incentivize users to deliver bikes where they’re needed by offering free rides to people whose transportation needs coincide with the company’s needs to redistribute bikes. Like getting bikes back up to UTEP after the afternoon downhill roller coaster thrill ride to downtown.

Have they built a better mousetrap? Will the world be beating a path to their door?