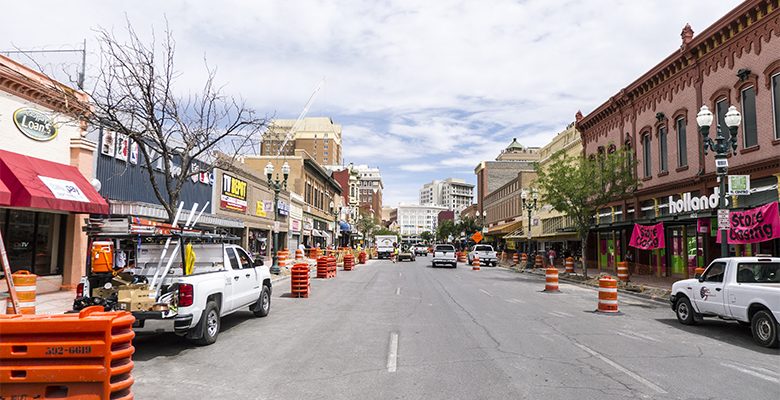 El Paso Street was El Paso’s first street. Mandy the Mule used to haul transnationals down the middle of the street in the trolleys before Reddy Kilowatt put here out of a job.

In sharp contrast to most of downtown, almost all the storefronts on South El Paso Street house going concerns, i.e., open businesses. Those businesses survive on shoppers from Juarez who walk across the Paso del Norte Port of Entry.

Sure, some of the customers drive to shop those stores, but mostly, they walk.

The word on the street is that various entities, the federal government, the City of El Paso, and one of the local billionaires, will soon install traffic circles on South El Paso Street. Multiple traffic circles. Three, I think.

Remember, in the original Downtown Plan, El Paso Street was going to get a radical makeover via eminent domain. However, the courts ruled that seizing the property through eminent domain was illegal.

Is the City trying to accomplish through traffic circles what they couldn’t through eminent domain? Are they trying to put those stores out of business?