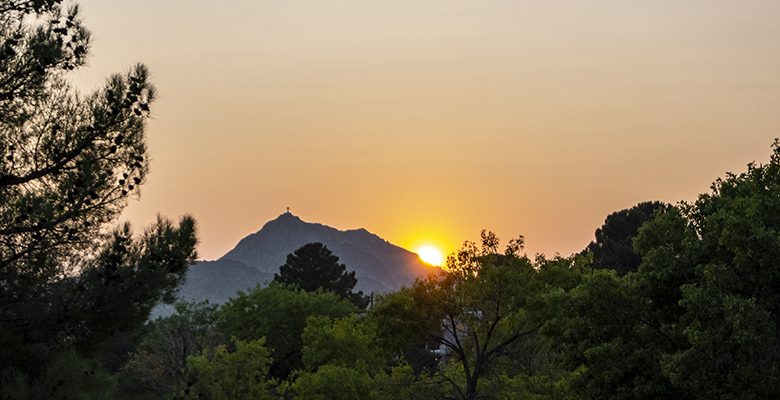 Are you getting value from your city tax dollars?

I mean, really. Is the city doing anything for you besides providing the occasional traffic ticket? If City Government disappeared tomorrow, would you notice?

The libraries are already shut down. The public pools are closed. It would take a while for the grass in the parks to grow so high that it needed to be cut. I think the sprinklers are on timers, so the grass wouldn’t die right away.

If you own a house in El Paso, you pay thousands of dollars every year to the City. What do you get for it?

Public safety? We’re pretty safe without the services of the police and fire departments. For what we pay the City in taxes, we could hire security guards and private fire departments, or buy guns and hoses. We could pool our money to create an insurance fund, to replace our neighbor’s house if it burnt down.

The zoo’s nice, but it’s closed, too.

Besides, you have to pay to get into the zoo. Even though it’s ours. Even though the zoo is supported by our tax dollars, the City of El Paso still charges you to enter.

The charge you cover to use your own facility.

Like that house you paid for and thought your own outright. The City still charges you rent every year. They call it Property Taxes.

The libraries are free. For now.

Remember, the City owns the ballpark. You take your family to a ball game, you’ll be lucky to get out of the ballpark for less than $100. Real lucky.

That was then, and this is now. The tourists aren’t the suckers anymore. You are. I guess you were the sucker when they pitched the whole proposal, anyway. The whole time. They City’s been playing the taxpayers for suckers.

You. The taxpayer. Sucker.

Do you think the City will charge an entrance fee to get into the Children’s Museum? You bet your ass they will. City building, city land, and you’ll still have to pay to get in. Maybe the school districts will take student excursions to the museum, but you’ll pay for that, too, only you’ll pay it via your school district tax.

Maybe you’re thinking about moving to one of the unincorporated areas outside the City Limits. Or maybe you’re thinking about moving to Socorro, or San Eli, or Sunland Park. Santa Teresa. You’d pay less in property taxes, and still get to use the same facilities in El Paso. Still pay the same Entrance Fees. Still get stuck paying the same cover charges, without the burden of our local property taxes.

So what’s the City’s Value Proposition? What makes it worth it to live here? To pay the local property taxes?

The sunsets? The culture? The food?

Those are all great things about El Paso, but City Government doesn’t have much to do with any of those. How do they get away with charging us for them?