I walked into the house this week and thought I had passed through a portal to the North Pole. There were polar bear sized creatures lounging about in a blindingly white environment and it occurred to me that if white dog hair was a drug, I’d be the Pablo freakin’ Escobar of white dog hair. The whole family has to walk around the house wearing sunglasses so we don’t become furblind. 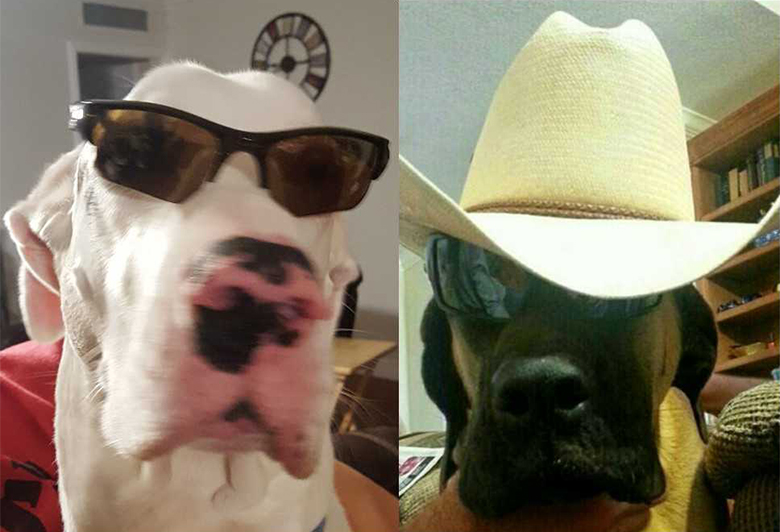 Speaking of freakin’ Escobar’s, some time back I was walking up to City 2 while a woman was on the sidewalk being interviewed by a news crew and I thought “Nice gams.” She immediately turned around and shot me a warm smile and it was County Judge Veronica Escobar and I thought “Gams!? What, was I born in the ‘30’s?” Then I thought “VERONICA ESCOBAR CAN READ MINDS!” (Note to self: If I’m ever in Judge Escobar’s court, look at her and think “You is smart, you is kind, you is important and I is innocent. And you has nice gams.”)

Anyways, Veronica is being encouraged to run for Congress by Eva Longoria, another member of the nice gams set. I’ve heard Betty, Archie and Jughead may be involved somehow so I’m pretty sure Eva’s also trying to get The Archies back together.

What Eva and Veronica should do is have a party filled with Gamazons. Every guy in the world would attend that party except me because of my commitment anxiety. All week long Woody Allen would be in my head saying “Why did I agree to go the party? Maybe I can just leave some guacamole and chips at the door with a card saying that I have The Dreaded Gombooee and have to fetch a curandera.” Wait, wrong kind of party. What I meant was Eva and Veronica should create the Gamazon Party; official slogan “It takes legs to run for office.” Thank God that’s what I meant, I was already having an anxiety attack.

Speaking of God, before the internet allowed us to pick a candidate based on fake news, I used to just vote for women and minorities until I realized assholes come in every sex and race. Now I just write in God. City Councilman: God. County Clerk: God. Railroad Commissioner: God. Omnipresent Kahuna: God.

Wouldn’t it be great if everybody wrote in God and all election night long TV anchors announced God is leading all races everywhere and the Heavenly Party won everything and at the swearing in ceremonies across the country, thousands of George Burns’ show up and say “I swear to uphold blah, blah, blah, so help me, Me.” That would be AWESOME! Unless you’re a member of the Hellfire Damnation Party. Or don’t like George Burns. Naaaaaw, everybody likes George Burns.

Until then, Veronica, Eva, start the Gamazon Party, you already know what I’m thinking, and I’ll break out the Ouija board to talk to George.

THAT YOU’LL WIN! I’m thinking that you’ll win. Sheesh, I only thought that gams thing once.