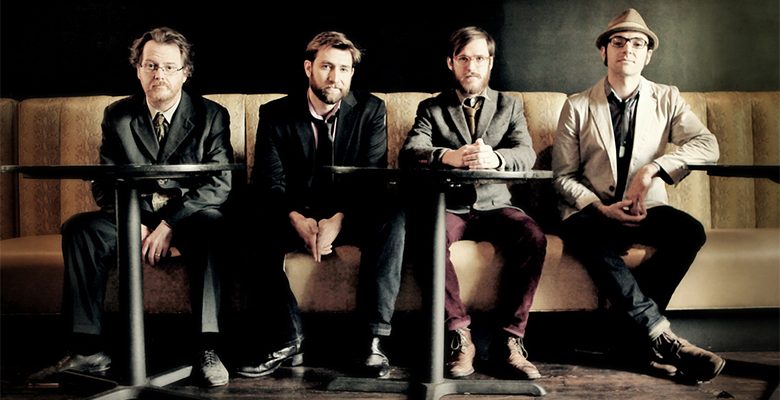 Wood and Wire is an extremely talented and very nice bluegrass band from Austin, Texas. From their bio:

It’s been five years now since Wood & Wire sprouted out of the rich musical soil of Austin, Texas. In that time, they’ve written music, recorded albums, and performed at some of the most notable festivals and venues across the country.

In the often tightly defined genre of bluegrass music, Wood & Wire’s “band-style” ethos are not unheard of. Nor are the elements of song crafting, so often associated with their Texas home, that permeate their sound. That said, what comes out of the Wood & Wire blender is something entirely its own.

Tony Kamel — leader singer, guitarist, mover, shaker, and primary songwriter — brings his material to the group in a malleable form, and the results are illimitable. “I think I’m most proud of how we’ve developed our sound together,” says Kamel. “It feels great to step on stage feeling like we’ve really found our own style, which feels most to me like alt-country tunes expressed with bluegrass instruments more than anything. It’s all centered around the songs.”

A culmination of very distinct musical personalities, there’s one ambition they all share: “Our goal is to show up and drive, so that the energy hits you, and it’s undeniable,” says bassist Dom Fisher.

Fisher, a New York state native, formed the group with Kamel in 2011. Shortly thereafter, the addition of banjoist Trevor Smith, says Fisher, “really put us on a different level.”

Smith, who had been playing music with Fisher, Kamel and other local musicians at a weekly bluegrass gig in Austin, actually grew up playing classical piano. After attending his first bluegrass festival, he picked up his main instrument, the banjo. “I was perplexed by the sound of it, and I had to figure it out,” says Smith. “We’re rooted in traditional bluegrass but don’t limit ourselves to any perceived notion of what that’s supposed to be. We do our own thing, and we realize that vision collectively.”

Mandolinist Billy Bright joined the group in 2014. Bright brought with him a suitcase full of tunes and a trunk full of ideas.”Billy really rounded us out in a big way” says Fisher. “We’re really excited to finally make a studio record with him.”

I’ve seen the band and I really enjoyed them. They’re playing at Star City Studios this Friday at 7 p.m. $20. Check it out.