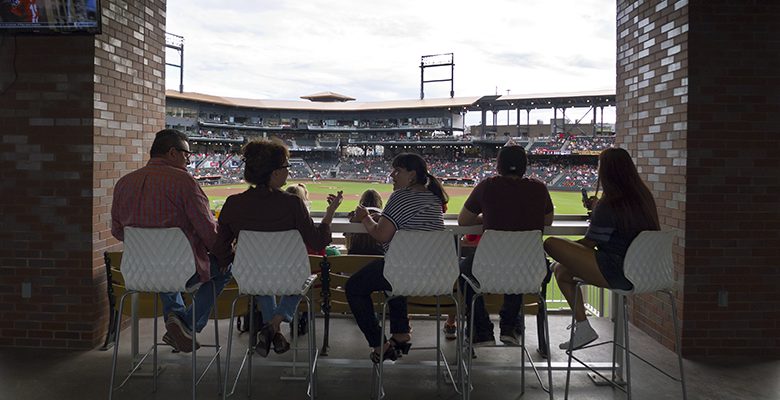 [This post originally appeared on November 27, 2013. I’m re-posting it because it echoes the article from earlier today.]

The ballpark already has symbolic value. As it stands, half-built, it represents the arrogance of elected officials and their private backers. It stands for private developers gambling with public money. It stands for contention and division and the erosion of public trust. It stands for paternalistic overlords inflicting their will on a public they don’t respect.

That’s what it means today. But what will it mean in the future?

If it becomes a source of pride for the community, it could symbolize a city on the rise (as alluded to in this half-baked survey with all the analytical integrity of tea leaves). The ballpark could be the unifying element which defines El Paso, to El Pasoans and our visitors.

But what if, with its tiers and luxury suites and berm seating, the ballpark comes to symbolize the divisions in El Paso? Will the ballpark host food bank night? When they give free tickets to underprivileged kids, will the fat cats invite them in to eat shrimp cocktails with the bourgeois, or will they make them eat popcorn with the hoi polloi? (Personally, I prefer to hang with the gente.)

Will the first level go to the Westsiders? And the second tier to City employees? The third tier to the Eastsiders, and the fourth tier, and the berm, to the vatos that live south of the freeway?

I’m not begrudging anyone their success. They probably worked for it (or the parents, or grandparents did) and they certainly deserve to enjoy the fruits of somebody’s labor. But the ballpark was (will be) paid for with public funds. Funds that could have been used for something that everyone could enjoy, like healthcare, or education, or a bicycle network, or any other public good. And I’m pretty sure that the public won’t be benefitting from sky boxes, or corporate suites, or whatever euphemism the illuminati MountainStar Sports Group wants to use.

As long as MountainStar Sports Group uses the ballpark as though it were a private enterprise, the ballpark will continue to be a shrine to the inequities that arise from a system of privilege and class. The ballpark will cement our differences, instead of uniting the community behind the things we have in common. And in a way, that’s the source of all the contention.