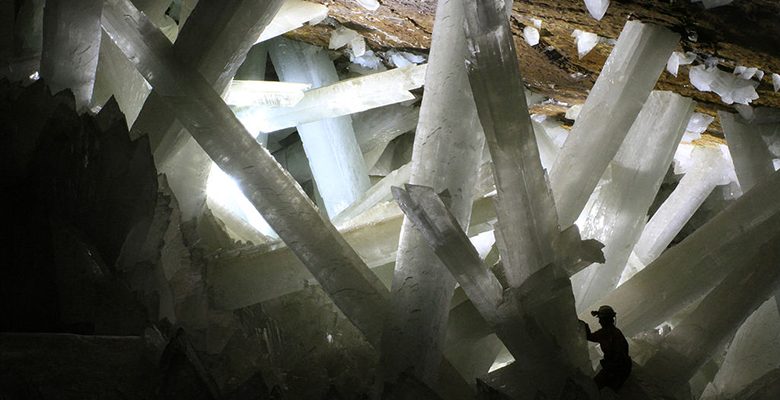 Naica is down there west of the highway between Delicias and Camargo, south of Ciudad Chihuahua. Naica is famous for caves with giant crystals. Supposedly they’re fantastic and hot as hell.

So, on a global scale, not that far.

From noted purveyor of not-fake news the BBC:

Scientists have extracted long-dormant microbes from inside the famous giant crystals of the Naica mountain caves in Mexico – and revived them.

The organisms were likely to have been encased in the striking shafts of gypsum at least 10,000 years ago, and possibly up to 50,000 years ago.

It is another demonstration of the ability of life to adapt and cope in the most hostile of environments.

“Other people have made longer-term claims for the antiquity of organisms that were still alive, but in this case these organisms are all very extraordinary – they are not very closely related to anything in the known genetic databases,” said Dr Penelope Boston.

Are we sure we want to be dredging up long-dormant microbes?

Don’t a lot of movies start that way?