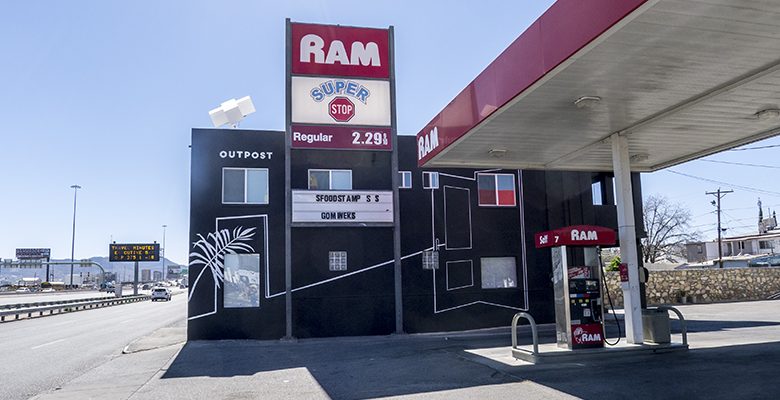 There’s Kahlid. He’s some kind of a rock star. No doubt City Council is looking at ways to enact a celebrity tax.

And then there’s this from Fusion Magazine:

I’ll be traveling to Texas, the Rust Belt, and the South—not to parachute in and report on those communities, but to recruit writers who are already there. As Fusion’s features editor, I will be cultivating “virtual bureaus,” a diaspora of local, embedded reporters and essayists who have nationally relevant stories to tell. This network will be our longterm eyes and ears in forgotten pockets of the country and will ensure that we coastal journalists don’t miss the zeitgeist hiding in plain sight.

My goal with these trips is not only to improve our coverage, but also to diversify our bylines. First up, I’ll be roadtripping the entire month of March in Texas, with stints in Austin, Houston, El Paso, McAllen, Dallas, Odessa, and Corpus Christi (gotta go to the Selena Museum, obviously).

And, Outpost El Paso. From the El Paso Times:

El Paso has long been an outpost for bands and musicians traveling through West Texas.

Its location was a key factor when a New York and Los Angeles-based advertising and marketing company wanted to open a space that caters to traveling musicians, offering them free food items, a small studio to record music and even a hair salon.

But it was the city’s cultural diversity, growing population of young and enthusiastic artists and entrepreneurs and potential as a cultural and economic epicenter in West Texas that made El Paso the first choice for such a space, said Ruthie Schulder, co-founder and president of The Participation Agency, which had been scouting locations for about a year.

I feel like the Native Americans must have felt when Columbus landed. Remember, it didn’t turn out good for them.

And I’m a little dubious about the Outpost. For years I made a living exploiting bands travelling down I-10. I’d tell them, “You’re going to have to pump gas in El Paso anyway. You might as well play a gig.”

So I paid them a couple hundred bucks and got them rooms at the Mesa Inn.

The bands were almost universally grateful for me exploiting them. Many had driven through El Paso for years without a reason to stop, except to buy gas.

Here’s what Fast Company has to say about the Outpost, in an article titled Can This Hipster Hangout Get Red & Blue American Talking Again?:

The Outpost is not in a beautiful neighborhood. Sandwiched between a gas station and a credit union, the two-story concrete slab blends into the landscape as you breeze by it on the interstate highway. But inside, it is anything but drab. The Outpost is a 3,500-square-foot events space unlike any other—at least, any other in El Paso, Texas.

The interior of The Outpost looks like it was decorated by Willy Wonka, if Willy Wonka was an EDM-loving industrialist. It features a sleek, modernist community space trimmed by mirrored cement walls, tiled murals, and 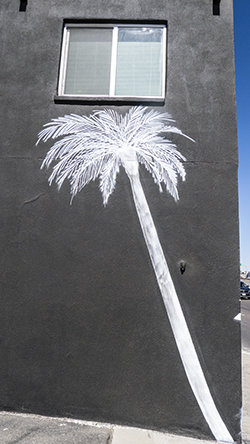 This funky venue is part of an ambitious project funded by The Participation Agency (The PA), a New York-based marketing firm with clients such as Budweiser, Oreo, Pandora, Red Bull, and Foursquare, among others. The PA is opening five “outposts,” roadside villages in some of America’s smaller cities where over 1,000 touring musicians a year can recharge—eat, do laundry, shower, sleep—for free, but also engage with the communities they drive through. It’s specifically located on I-10 because it’s a route all musicians take while touring Texas.

The Outpost program has a dual mission—to support the creative class beyond the nation’s biggest cities, but also to connect artists with communities they don’t necessarily interact with. Traditionally, musicians sing, the audience watches, then they both go back to their respective homes (or buses). The PA will host intimate acoustic sessions, post-concert Q&As, lectures, events, art shows, even a podcast. They’ll invite community organizers, government officials, and local cultural heroes. It’s all meant to make musicians stick around longer.

“You literally have artists traversing the county and coming into contact with all these people, but there’s no forum for conversation,” explains Schulder. “There’s no one bringing these groups together.”

Well, from my experience, that’s not really how it works. After a gig, the band usually hooks up with some locals to show them around. Sometimes it’s the bar owner, or an opening act. Sometimes it’s a girl who really digs the music or the bass player. If the band goes back to their bus, or hotel room, it’s because they’re not interested in interacting with the locals.

What it looks like, from where I sit, is some marketers trying to insert brands into the relationship between bands and locals. Mostly to suck up to the mobile opinion leaders, the bands.

Imagine if you could “organically” convert bands into roving brand ambassadors. I reckon when a band leaves the Outpost they’ll be taking a case or two of Red Bull with them, and maybe some Budweiser, and extolling the virtues of Gibson recording studios.

But I’m just cynical, if you believe Ruthie Schulder, co-founder and president of The Participation Agency. From the EP Times article:

“We started off the process, from a music perspective, looking at cities every artist has to drive through,” Schulder said. “Certain highways, you can’t miss. Then we narrowed it down to the five that we thought were becoming the most culturally relevant. Where are people feeling inspired to start businesses? Where are creative, entrepreneurial millennials moving back to?”

Schulder added, “We’ve talked to so many people from El Paso and the common thread was, ‘I was in Austin for six years and I came back.’ We were blown away by the amount of young people who are really starting to do amazing things in El Paso.”

Are we getting stroked?

“We’re looking to pair up artists and musicians with professionals in El Paso,” Schulder said. “If you’re an artist on the road and spending resources, you don’t necessarily have a lawyer on-call or maybe you’re struggling to eat healthy. We can have a local chef come in or send you to a great local restaurant.”

Schulder said that in order for the Outpost to be successful, it not only has to serve the musicians traveling to and through town, but the community it is in as well.

“As an agency, in general, what we care about is people who are creating culture in ways that are a little more subtle,” Schulder said. “I feel like people outside of Texas are just now starting to get a hint of that. There’s an amazing wealth of talent in El Paso and we wanted to be part of that story in some way. We hope to legitimately give back to the community by not just bringing more dollars there but by helping the city try to achieve its objectives and by engaging youth.”

Right. Advertising agencies are famous for their compassion.

Another question I have is which bands get to stay at the Outpost? Will they host my death metal three-piece Scabs of Love? Or will we have to stay at the Mesa Inn?