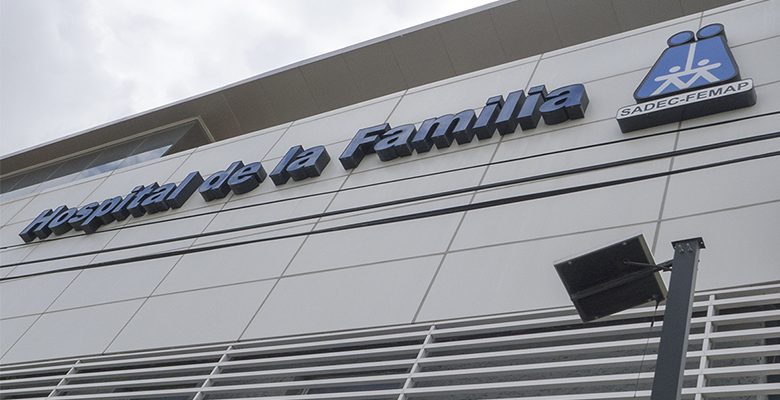 I’m sitting in a waiting room at the Hospital de la Familia, one floor up and a hundred yards from the Stanton Street bridge. Only half the fluorescent lights in the suspended ceiling are lit, giving an impression of early morning, when the sky is light but the sun hasn’t breached the horizon. It’s crepuscular mood lighting, more appropriate, perhaps, for a fern bar than a hospital waiting room.

The aluminum seats are only a quarter occupied. A one-legged man in a wheel chair sits at the end of the row watching a CG cartoon about a talking Volkswagen police car and an otter, or maybe a marmoset. “Politi” is written on the bug’s door. I can only speculate the cartoon’s national origin. Someplace sunny, with wildflowers, judging by the imagery.

I’m waiting for a pre-operative exam. Today, at noon, I’m scheduled for a vasectomy.

Vasectomies are supposed to be minimally invasive surgery, but I’ve been through a battery of tests. A blood test. A urinalysis. A chest x-ray, and an electrocardiogram. My doctor told me to show up three hours early, for prep, but I suspect the pre-op exam won’t be finished by then. The procedure is scheduled for noon, and it’s eight thirtyfive, and I’m still sitting in the waiting room.

I’m carrying my results with me. A paper with the jagged lines of my EKG. The life-size chest x-ray. A computer printout with the results of my blood test, which shows that all my results are within the acceptable range, except my phagocytes, which are elevated, indicating, perhaps, lymphoma, or something else, or maybe nothing at all.

The doctors apparently aren’t here yet. The doctor/nurse/technologist who gave me the EKG just walked through and turned on the remaining lights and the room, painted in shades of blue and lavender, is less relaxing.

The waiting room is filling up. The beetle is taking the otter water skiing. The patients and their kin are consulting their technology, thumbing through their smartphones or shuffling papers. Not all technology is electronic.

It looks like I’m the only person here alone. Everyone else has some support crew. I’m starting to wonder if I’m in the right waiting room, outside of the right consultorio, but there’s no one to ask. American medical facilities are heavily staffed, as I recall from the few casual encounters I’ve had with them. In an American hospital, I wouldn’t have my test results with me. They would have traveled to the doctor in someone else’s hands. Or, electronically. There would be gatekeepers, pseudo-nurses in scrubs and running shoes manning desks and desktop computers, at the ready for any eventuality that might eventually arrive, or at least available to answer questions, like am I in the right place?

The cartoon has taken a sinister turn. The dam’s about to break, but no one believes the beetle.

I knock on a door and rush the dentist. She says to take a seat, they’ll call me.

The internista arrives. He hustles through the waiting room, a bag over his shoulder, a concerned look on his face, only an hour and a half after they told me to be here. He, or perhaps another internista, wasn’t here on Saturday. The hospital called me before I left the house.

And now staff arrives. They’re getting a tour. A man in doctor whites reads the signs on the doors for a couple in medical blues. They’re young and tall and thin, and they all look like they stepped out of an advertisement for some hospital or clinic. After a minimum of pointing and hand-waving they go back down the stairs.

The internist calls a name, and the one-legged man rolls into the consultorio. Indistinct murmurs filter through the closed door.

The Volkwagen saves the town, and the queen thanks him, and inane commercials fill the screen. Now it’s kid detectives in a world cleansed of adults, or maybe they’ve just found a process to reverse aging. Children’s tv shows are reason enough for birth control.

And then the doctor calls me in.