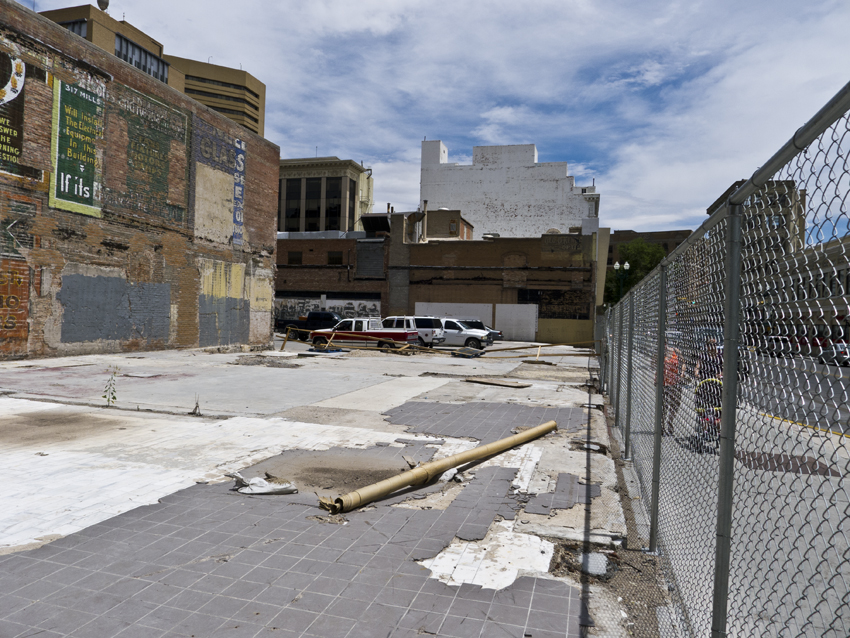 Demolition in our urban core not only destroys historic buildings, it destroys any chance of revitalizing downtown.

What’s going to replace those old storefronts? Not lots of little shops. Not the interesting nooks that make downtowns vibrant. Not a Chinese noodle shop, or a watch repair joint, or a neighborhood bar, or a bookstore. More likely big box retail, or an office tower. Bastions against urban life. Castles. Monuments to segregation, not integration.

Most likely is that the vacant lots installed where those historic old buildings used to stand will persist as the real estate speculators wait for a renaissance that isn’t coming.

Maybe HACEP will buy them up to build public housing. And maybe, under the circumstances, that’s the best that could happen.

But that won’t happen. The developers would rather have downtown a burned out hull than relinquish it to the common man. That’s why they moved the bus stops away from San Jacinto Plaza and out to the southern edge, so the “poor” people won’t be clogging the sidewalks and congregating in the city center. But aren’t crowded sidewalks and people congregating exactly what you want for a vibrant downtown?

I know downtown had to change. Everything changes. Nothing stays the same. I’m not even strictly against inefficiency. But why do something that’s never going to work?

Why pursue the impossible with so much unmerited enthusiasm?