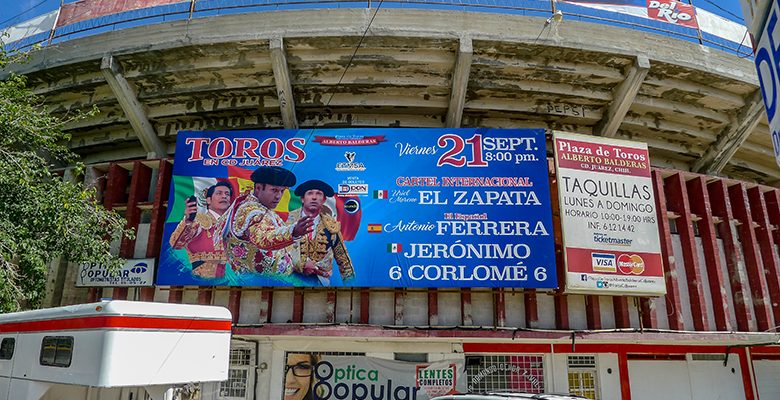 Actually, several, probably. But I’m talking about a bullfight.

Six brave bulls will take on three brave matadors, and, despite the bulls numerical superiority, all the smart money is going with the matadors.

(Wouldn’t it be fun to put them all in the ring at the same time?)

Sevenz Eight p.m. at the Alberto Balderas bullring downtown. Hang a right at the first street after you head north from the Quince.