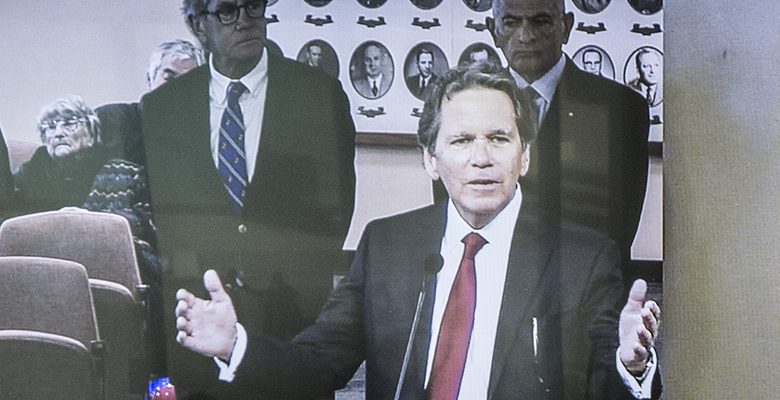 This is from a story in this weeks’s El Paso Inc.:

“The reason the chamber and the coalition are for the site is it’s been selected four different times in four different studies in, like, 16 years,” said Jack Chapman, a Kemp Smith attorney and board chairman of the Greater El Paso Chamber of Commerce.

Well, no. The Union Plaza neighborhood was only selected in one study done by the Paso del Norte Group, before they changed their name to the Borderplex Alliance, according to this column in the El Paso Times. I guess Mr. Chapman doesn’t read the paper.

“A lot of money has been spent, and it seems to be the most logical place – adjoining the civic center,” Chapman said. “Very few people have to be relocated, and it’s an area that could use revitalization.

“It’s good for economic development and job creation, so for all those reasons, we’re in favor of it.”

Again, no. An arena, and the incumbent rise in property taxes, will likely have a negative effect on economic development and job creation. But let’s not let the truth get in the way of fleecing the marks.

That’s you, citizen. You’re one of the marks.

[The Hispanic Chamber’s CEO Cindy] Ramos-Davidson cited the big reason for the members’ support of the arena project – jobs.

“According to the HKS study, the construction of the arena alone will create 1,400 jobs and generate approximately $64 million in earnings,” she wrote. “In addition, once the arena is operational, it will create 1,500 permanent, post completion jobs with annual earnings of nearly $15 million.”

I guess it’s commendable that Mr. Chapman and Ms. Ramos-Davidson were willing to sacrifice their organizations’ reputations in furtherance of this boondoggle. They’re good soldiers.