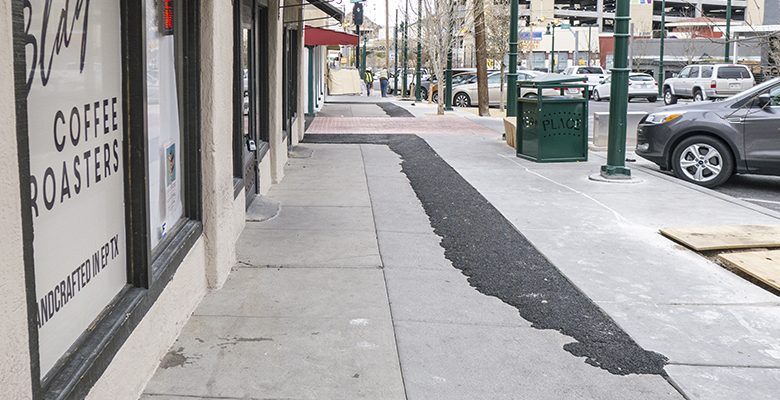 This is the sidewalk on Cincinnati Street. You remember. The City just spent money to make it nice. They put up those overhead lights to make it look like a used car lot.

But look. The sidewalk addition is higher than the existing sidewalk, so the City had to put asphalt where the sidewalks meet to eliminate a tripping hazard.

Lemme tell you, that would never happen in Mexico, because the maestro would have seen the mistake and addressed it on-site. Instead, we had contractors working from incorrect plans, and following the drawings even though the drawings were wrong. Malicious compliance we used to call that.

The City could have glooped that asphalt into some potholes and saved drivers some money on alignments. And then Cincinnati Street, one of the crown jewels in the City’s effort to bolster its nightlife cred, wouldn’t look so half-assed.

Those poor dears. They try so hard