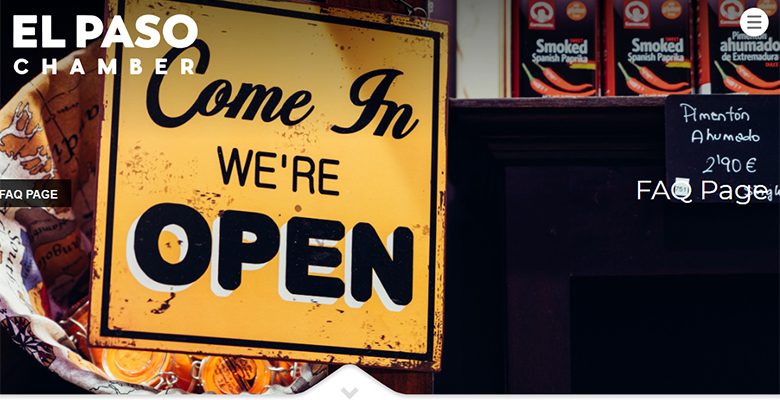 Our friends at the El Paso Chamber of Commerce, the ones who heartily endorsed every project that has inflated your tax bill so far, the people who heartily endorsed the Great Wolfs Resort deal, the ballpark, the Quality of Life bonds (you name it, if it cost the taxpayers money, the El Paso Chamber of Commerce was for it), this week, take a Deep Dive into capping freeways.

Here it is, from an email that was forwarded to me this afternoon, reprinted in its brief entirety:

This week’s Deep Dive focuses on transportation and in particular the development of green caps across the United States. In Texas, the city of Dallas has been successful in capping a portion of the Woodall Rodgers Freeway that runs through their downtown Arts District and the Uptown neighborhood. The Klyde Warren Park, opened in 2012, has been a source of pride to the city and serves as incredibly useful green space in the heart of Dallas. The city has been so positively impacted by this development that a new cap project has been started in Dallas to cover a portion of I-35 in the Oak Cliff Neighborhood. In Seattle, Washington, the Freeway Park over I-5 has been in place since the late 1970s and in Phoenix, Arizona, the I-10 cap has been a presence since 1990.

In the last several months the tempo on an audacious project connecting neighborhoods and covering a highway in Atlanta, Georgia, known as the Stitch, has reached a fever pitch. The Stitch, named because the covering will “stitch together” Midtown and downtown Atlanta, creates park space and space for other developments. These projects have a variety of goals, but at their core, each green cap has created land and has served to cover over the highways that have divided neighborhoods in these cities.

The rationale expressed by an engineer with the Atlanta Stitch, spotlights the significance of these types of projects as they allow changes in transit and movement, “repurpose underutilized assets…and catalyze urban regeneration,” while adding public open space in the form of parkland and green space. “There’s been a sort of a sea change in the way people think about roads and real estate in general,” said Ed McMahon, a senior fellow at the Urban Land Institute, a Washington, D.C., nonprofit that focuses on land use. “If you design a city around cars, you’re going to get more cars. If you design a city around people, you’re going to get more people and places and better real estate value.”

Bobby Abtahi, president of the Dallas Park and Recreation Board in 2018, was quoted in the same Pew Trusts report as Ed McMahon, noting “Everyone knows the future of cities is a good quality of life and attracting folks and telling them you don’t have to live in a concrete jungle.” Efforts to build green caps are coming at the same time that issues like smart growth and walkability are becoming important hallmarks of urban redesign and factors being used to bring people back to the urban core. Projects like Klyde Warren Park have added to the livability of the urban core of Dallas with added green space, a performance area, and a children’s park; all on land that did not exist before the cap.

Other cities across the United States including El Paso are at various stages of planning and executing green cap projects. Planning efforts in Houston, Minneapolis, and Santa Monica, California have all started.

They’re greasing us up for the soccer stadium, which will cap the freeway in downtown. You heard it here first. Or second. Or maybe you’ve known about it for a long time.

The image at the top of this post is from the El Paso Chamber’s FAQ page. Notice that the picture gives the price of smoked chiles in Euros. Imagine that. The El Paso Chamber of Commerce couldn’t even get a picture for its website of actual El Paso. The Chamber had to lift a stock image from some chile vendors in Europe.

If you’re looking for a metaphor for what’s wrong with El Paso’s approach to marketing itself, I think that the EP Chamber of Commerce using a stock image from Europe to represent El Paso is a pretty good example.