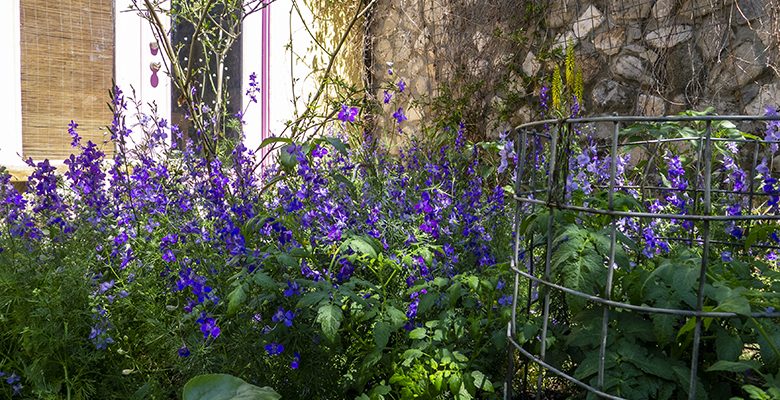 Purple flowers are taking over my backyard.

They’ve claimed a solid half of one of the raised beds, and they’re encroaching on the lawn.

We didn’t plant them. Not ever. Not two years ago, which is as far back as I can recall seeing them in the backyard. Somehow, they got there, and they like it.

No species on the planet claims that there are more important things than living.

Living is the prime directive.

I reckon what Texas Lieutenant Governor Dan Patrick meant was that there are things more important than [some people] living.

An increasing percentage of the population blames capitalism, but we abandoned capitalism a long time ago.

Free market capitalism looks a lot like what the “job creators” call socialism these days.

Some people are protesting the quarantine.

“We want haircuts,” they say. “Massages.”

“We want our hairdresser to dye our hair, and we want to go back to the mall.”

“We want our lives back.”

People are lost. Without their jobs, and their shopping, and their haircuts and massages, they’ve lost their sense of identity. They’ve defined themselves by their place on the treadmill, and the quarantine has taken the treadmill away.

How many people working forty hours a week love their jobs? How many would do the same work for nothing?

How many people have traded their lives for big screen teevees, and designer t-shirts?

Will Dan Patrick be working in the Covid ward? Will he be passing cheeseburgers through the drive-through window at Burger King (for minimum wage, or a little bit more, without paid health insurance)?

If Dan Patrick thinks that there are more important things than living, then he should put himself out on the front lines.