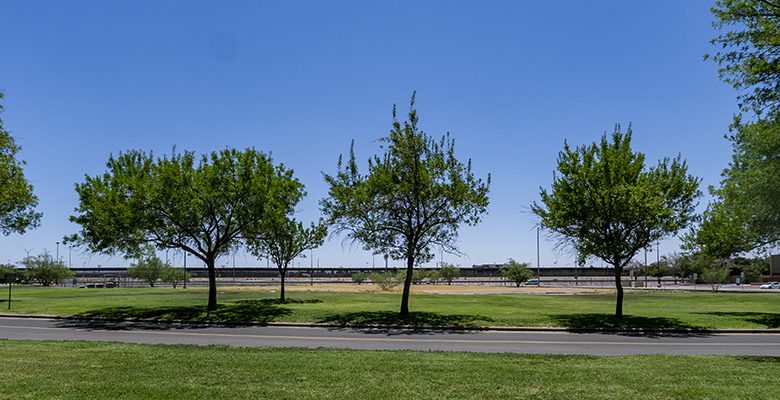 Did you read that the Teeter Totter Wall won an international design award?

Here’s the skinny from NPR:

An art project that turned the border wall at the U.S.-Mexico border into the temporary base for pink seesaws – inviting children on each side to come play together – has won the London’s Design Museum award for best design of 2020.

Not everyone is enthusiastic about the project, or the award.

Here’s the coverage from ArtNews.com:

On the morning of July 28, 2019, the architects Ronald Rael and Virginia San Fratello drove up to an 18-foot-tall barrier of rusted slats that cuts through the desert between Ciudad Juárez and El Paso, marking the US-Mexico border. There, just about five miles from the nearest checkpoint, they installed Teeter-Totter Wall: three pink seesaws that extend to both sides of the wall. They publicized their intervention with an Instagram post that included a drone-shot video of smiling children playing on the seesaws.

The project received fawning coverage from news outlets all over the world. The original Instagram post has been liked over 220,000 times, and the work has been praised as a gesture of resilience and ingenuity in the face of seemingly unsurmountable divisions. The architects included a brief statement with their post: “Children and adults were connected in meaningful ways on both sides, with the recognition that the actions that take place on one side have a direct consequence on the other side.” This week, the Design Museum in London awarded Teeter-Totter Wall the Beazley Design of the Year, one of the design world’s most prestigious prizes. Beazleys are given to projects and products that contain “powerful messages of change,” says Design Museum director Tim Marlow.

By focusing on the wall as the site where the violent effects of US immigration policy are felt, Rael and San Fratello’s project tells a misleadingly selective version of the story. In reality, that violence extends to the border with Chiapas and Guatemala, where refugees coming from Central America are being held by the Mexican National Guard. It extends to US sanctuary cities like Chicago and New York, where agents from the Border Patrol Tactical Unit have assisted ICE in making immigration arrests.

Yeah, maybe the Teeter Totter Wall doesn’t capture the whole phenomenon. But it’s a start. If you can’t drag the audience to the bottom of the pool, at least you can nudge them to deeper water.

The secret is don’t stop nudging.