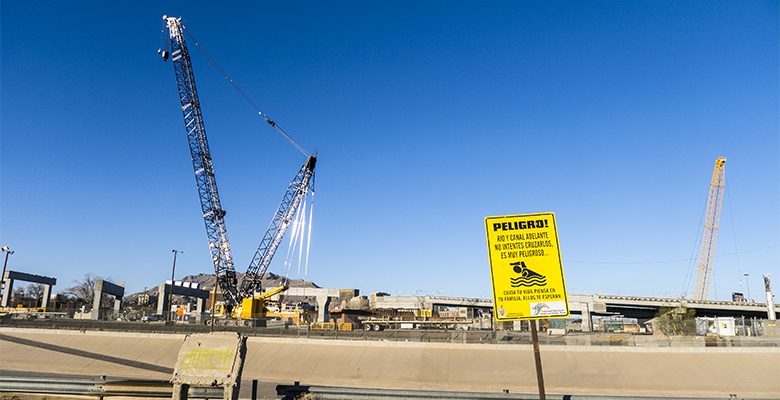 The U.S. Border Patrol and other agencies are investigating a tunnel discovered Thursday after a cave-in near Downtown El Paso, officials said.

A Border Patrol statement said that the purpose of the makeshift tunnel is unknown and that the agency is trying to determine how long the tunnel had been abandoned.

The tunnel is 25 yards long and a preliminary investigation found that it originated on the U.S. side of the Rio Grande, Border Patrol officials said Friday.

“There is no indication that it goes across the river into Mexico,” the agency said in a statement.

Well a tunnel with only one opening is just a hole, isn’t it?

Yesterday I went to Juarez looking for the other end of the tunnel.

Getting close to the border is hard from the United States. Till somewhere south of San Eli, Americans are kept from the Rio Grande by a twenty foot metal fence. 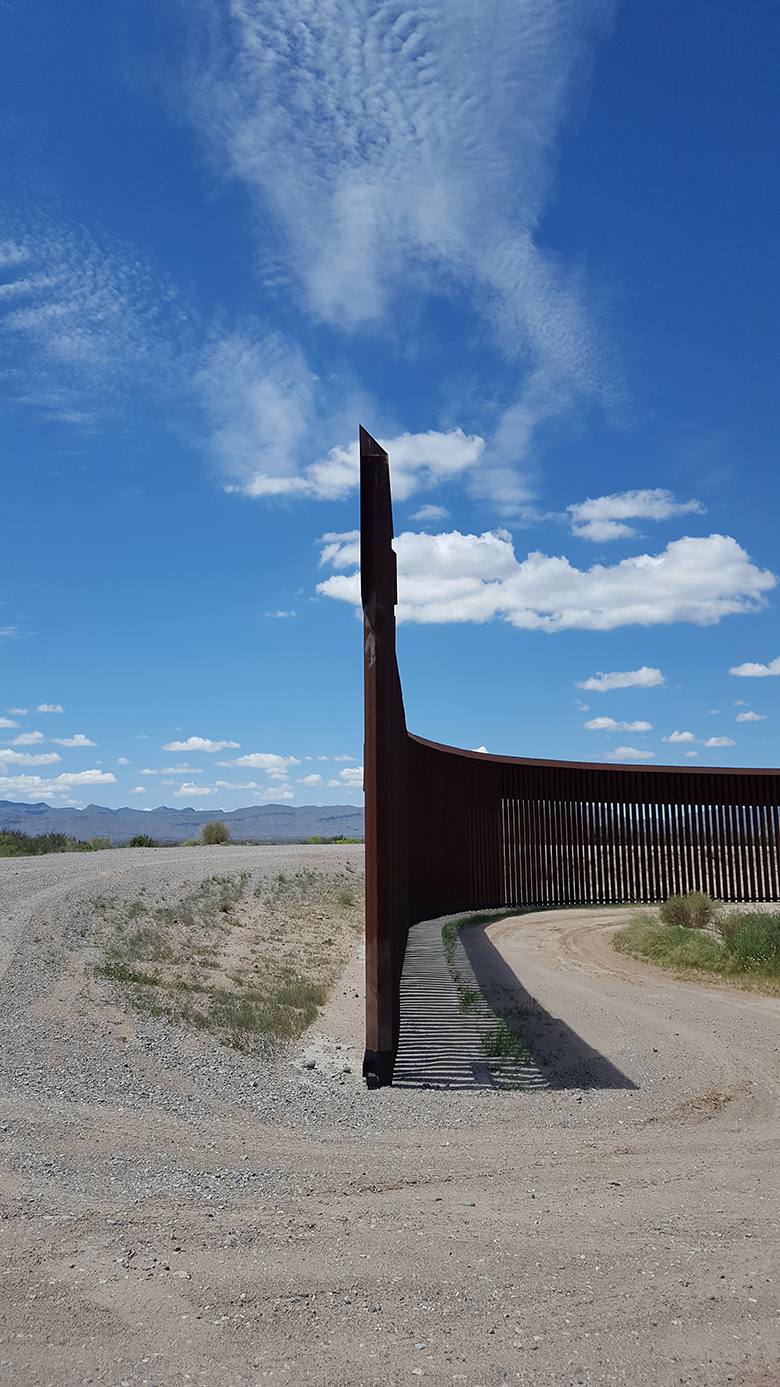 (Here’s a picture GC Adams took of the end of the fence.)

It’s a shame we’re so estranged from the Rio Grande here. There are so few rivers.

From Mexico the river is more accessible. There are no barriers, except, maybe, a wall that surrounds someone’s private property. I skipped the first access point to the river, the canal that runs north/south west of downtown Juarez. Unless it rains, the cement culvert doubles as an arterial roadway. When it rains, water from the Juarez floodplain runs down the culvert to the Rio Bravo.

But I was looking for a likely exit point for the tunnel on the Mexican side, and I didn’t imagine it being right by the river. The tunnel would more likely come up in a warehouse, maybe. So I walked down Norzagaray Boulevard, choked with Friday afternoon traffic, smoke-belching buses and older model passenger cars. 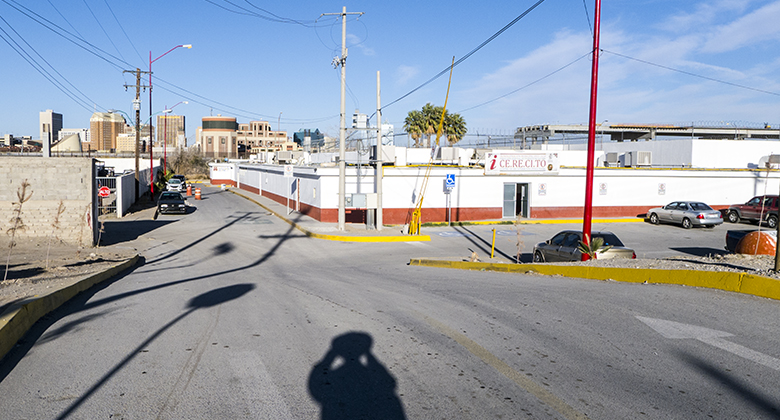 And I walked. Past the Cerecito, where the Juarez government stores drunk drivers overnight so they don’t have to lock them up in the main jail with the hardened criminals. Past a concrete wall topped with razor wire surrounding a lot full of cars, junked or impounded. Past a pool hall with signs promising liter beers.

And finally, past a school. A bus stop clogged the sidewalk with potential passengers.

How do I get down to the river, I asked a slick young man with oily hair. He was twenty, maybe.

Right there. He pointed down the street. De volada.

I walked twenty more yards and there it was. I turned right and walked north, to the river. To the border. 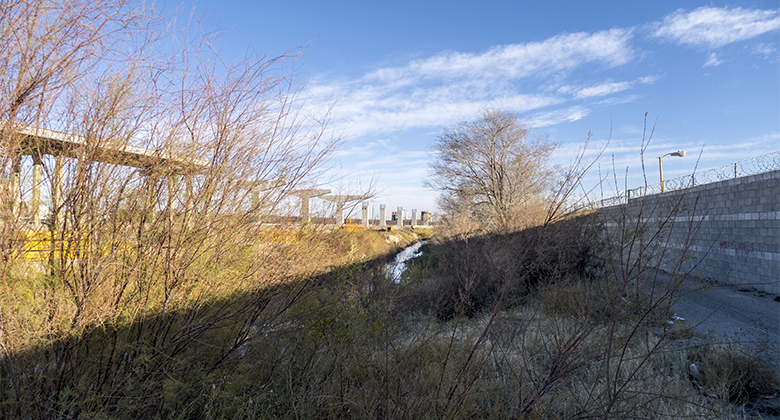 I still didn’t know where the tunnel was. The news reports were vague. I expected a law-enforcement presence by the cave-in, maybe. Or a sign. Some kind of sign. Fifteen yards separated the cinder block walls that marked the northern edges of the properties on Norzagaray and the river.

Fifteen yards. A dirt road. Some scrub grass. A drop-off, and bigger plants, the river, and then the United States. Forty-five feet. Like crossing a street. 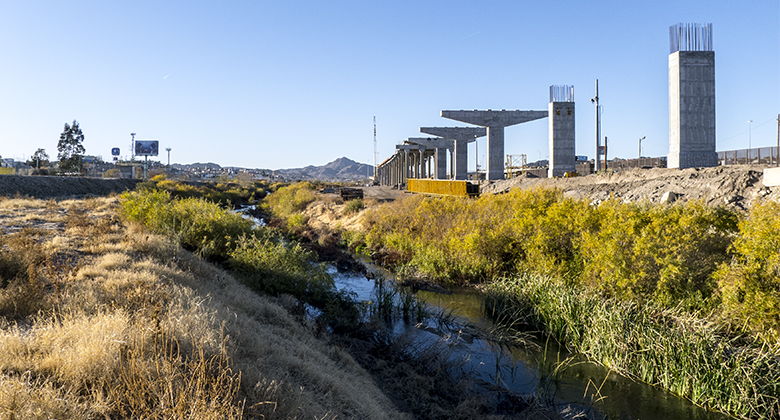 The pillars of the new border highway loomed across the river, like the ribs of a skeleton, close. Ducks rose quacking at my approach. The river here was untamed by the cement ditch that carries it through urban El Paso. There were no fences or signs of border security south of the river. The difference was stark. 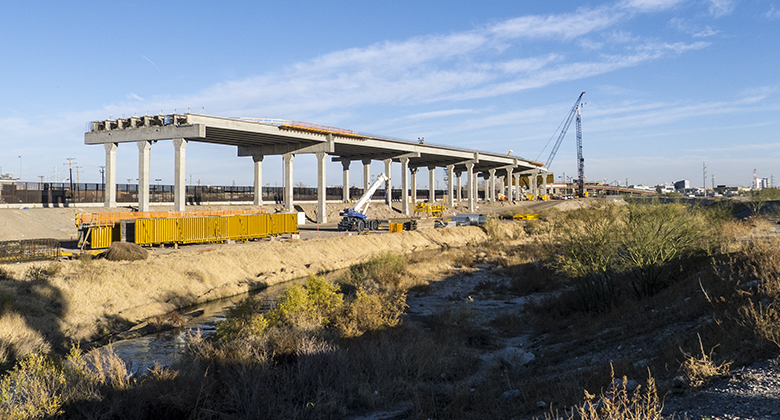 A hundred yards in front of me a couple of people walked, heading east, the same direction I was walking. Schoolkids, I thought. Dressed in school uniforms, white shirts over plaids. They were only people I saw on the river road, till later, closer to the bridge, when a taxi met me, the driver hauling four passengers, men in their twenties and thirties, west, the way I’d come. 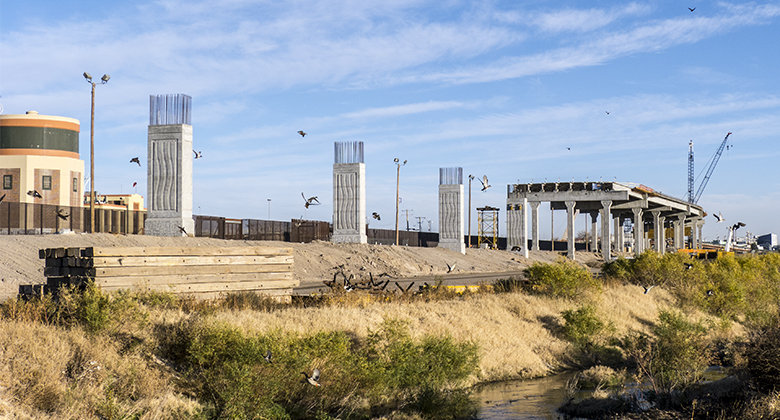 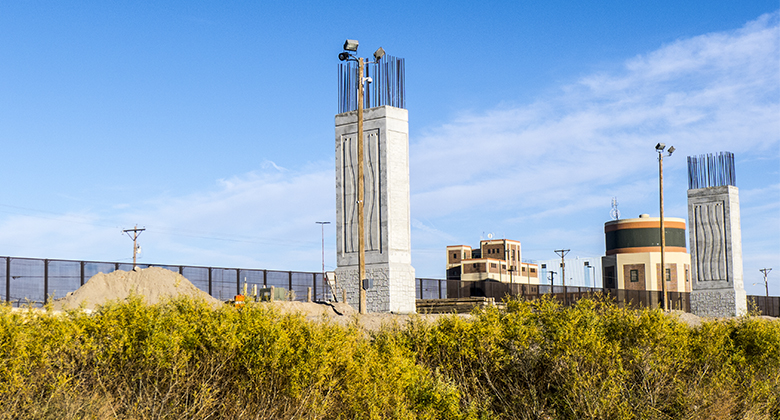 There was no sign of the tunnel from Mexico, except a pile of dirt on the north side of the river, close to the panopticon of the railyard, or maybe the water treatment plant. News reports say the “tunnel” was twenty five yards long. The railyard lies north of there. Twenty five yards doesn’t get you anywhere. Not to the nearest buildings, on Paisano. Not to any staging area for receiving contraband. Not to any clandestine transshipment point, except, maybe, a boxcar with a trapdoor. But that’s not realistic. We’re not living Hogan’s Heroes. 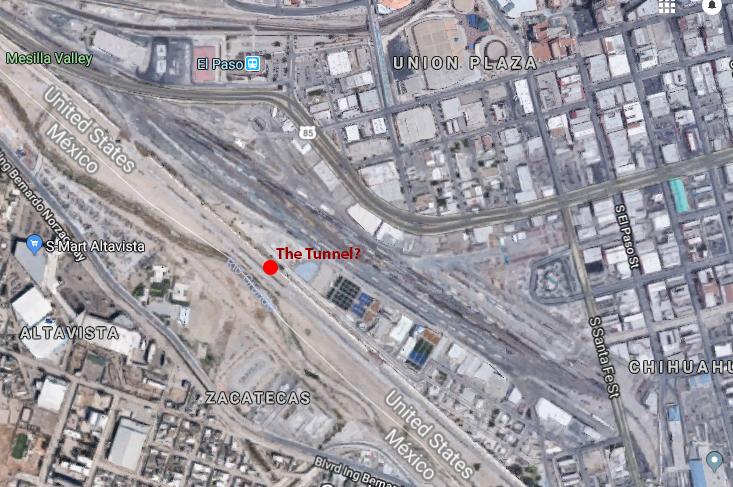 The closest staging areas on the southern side would be government buildings. El Cerecito, or that yard full of cars, or a school. Of course, drug smuggling is a lucrative endeavor, and a tunnel could be long and still be cost-effective.

The shadows were long when I crossed back over Norzagaray, back to the bustle of an urban core approaching Friday night. I walked up Melchor Ocampo to Los Tres Garcia and had a Sol and a shot of Jimador before I walked back over the bridge.