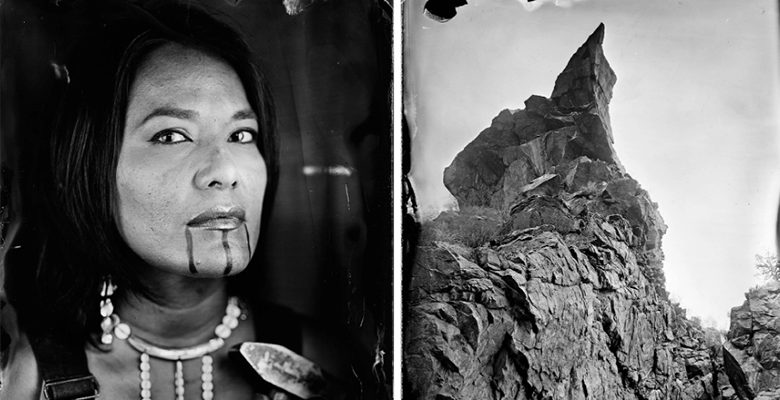 Here’s a cool photo essay from the New York Times about the territory that bordered the U.S. before the Mexican-American War, 1846-48.

The photographer Tomas van Houtryve had in mind the nuanced past of what is now the American West when he set out on the border.

No, not the current one, but the long-forgotten boundary that existed before the Mexican-American War.

His equipment in the Instagram age? A 19th-century camera he found in a Paris antique shop. He stocked up on the glass plates and pungent potions needed for the wet-collodion process, a technique invented in 1851.

Doing so, Mr. van Houtryve conjures what the West may have looked like in the Mexican era in places such as Medicine Bow Peak, in Wyoming, and the Bonneville Salt Flats in northwest Utah.

The photos are worth a look. Check it out.