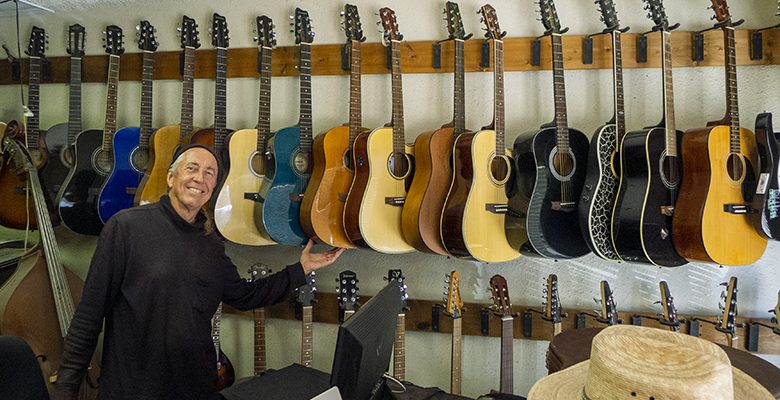 Barry is the man when it comes to guitar repair in El Paso. There are probably other people in El Paso who fix stringed instruments. Maybe. None of them are Barry Martin.

People ship instruments from all over the world for Barry to fix.

A lot of local music stores went out of business, but Barry Martin had skills. He fixed guitars, so he was able to stay afloat.

But he had a lot of guitar inventory in 2006. And he still does.

Now, Mr. Martin is selling off his old inventory. He has a collection of guitars that he’s selling for $100 a pop. He’ll set up a guitar he sells for another $50.

That’s $150 for an entry level guitar sold and set up by the legendary Barry Martin.

If you don’t play guitar, you probably need a guitar sitting around the house so that your friends who play guitar can play it when they come by.

Scientists say that people who play an instrument stand a better chance of fending off dementia in their twilight years.