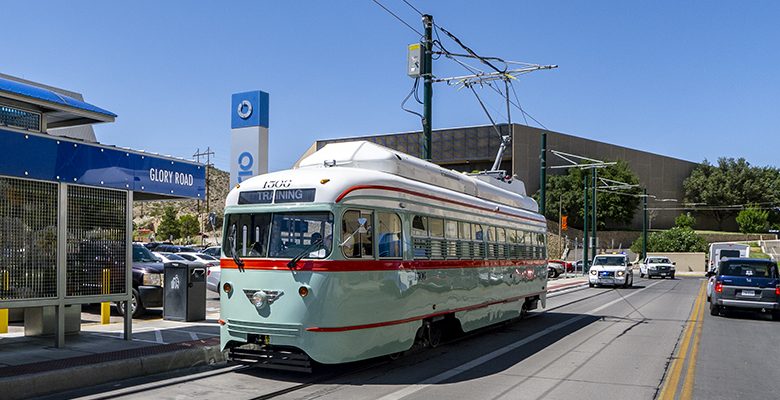 The City is facing budget shortfalls while the trolley is bleeding money because of a lack of riders.

The obvious solution is to stop the trolley. But that makes too much sense.

Maybe just run it on weekends, like the Tramway (when we used to have the Tramway) so we only have an empty trolley running two or three days a week.

Why would the City do that? Because our City officials were out drinking under the bleachers on the day their Civics teacher covered fiscal responsibility, and the trolley is part of the City’s long term plan. The City wants to run the trolley out to the medical school.

Which makes a lot more sense. Out to the Medical School, the trolley might at least serve a practical transportation purpose, unlike the current route, which is already serviced by four faster and more reliable bus routes.

So why didn’t the City plan the route out to the Medical School first?

Because the route out to the Medical School only serves a limited ridership. Just doctor students, and the poor folks who live on the south side. That might have been a little harder sell.

And lord knows the City doesn’t care for the people who live in Segundo.

And practical is not one of the criteria that the City relies in the decision-making process.

So the money we’re using to prop up the trolley now is just a prelude to another one of the City’s bad ideas.

And they didn’t even kiss us.