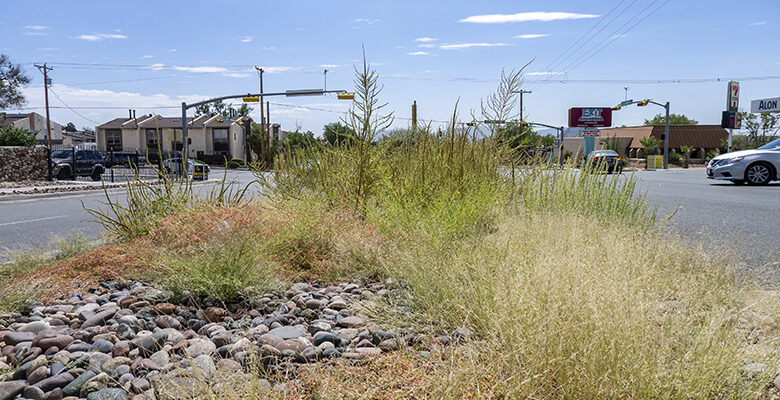 Here’s an interesting story from KVIA.com:

This week the city has come out with a plan to clear up some street medians with help from schools and non-profit organizations.

A weed clean-up event set to start this Saturday will bring volunteers together for a fundraising opportunity.

With the city median crew down about 40 percent of their staff, he said in the last six weeks, they have been able to clean up 30 medians out of 300.

“We are doing our best to try to take care of as many medians as possible, we are doing what we can with the workforce that we have,” said Ybarra.

Meanwhile, parents are concerned about where their taxpayer money is going and if it is safe for their children.

“Should our kids be volunteering when we’re paying that much money in taxes for the city, not even to take care of it?” said parent Berta Ramirez.

Look at that. The City is asking for volunteers to help out with the City’s core services.

This week I heard that the City doesn’t even have dogcatchers to round up strays. The City is telling citizens who have corralled loose dogs to let them go.

And the streets are crumbling, and the libraries and museums have cut their hours, and some of the rec centers aren’t open at all.

City Government is a hole in downtown that the taxpayers pour money into.

Did you hear that the water parks are supposed to lose $3.4 million this year? And that’s just operating costs. We’re still on the hook for the $37 million we borrowed to build them.

Curious, innit, what the City of El Paso thinks is important.

Remember, El Chuqueño has been the canary in the coal mine since 2012. You can support our analysis by donating via the first donate button up there on the right sidebar.