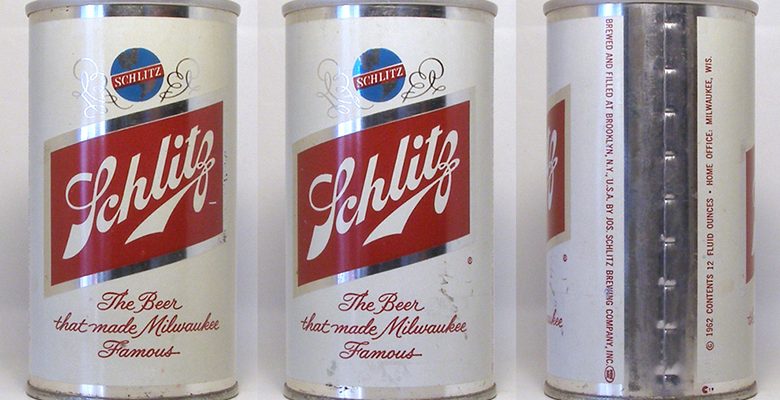 Back before we were old enough to drink, we drank Schlitz. 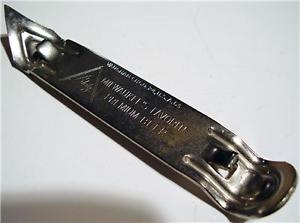 Schlitz tall boys, in steel cans, with a seam on the side, that you had to open with a can piercer. Can you even get a can piercer anymore?

Schlitz’ slogan was Go For the Gusto. Or, When You’re Out of Schlitz, You’re Out of Beer. Or The Beer That Made Milwaukee Famous. 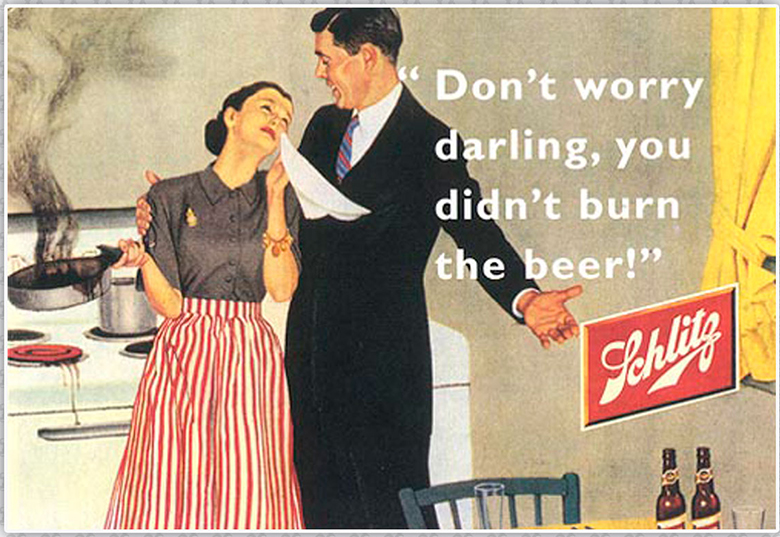 The ads were a cross between the Marlboro Man and a Cave Man. Real men, racing yachts or fishing, or rescuing the beer while his wife wades ashore.

Sometimes we’d submarine those tall boys, sometimes in the side yard by my parents’ garage. Jimmy O’Keefe could do three in like five seconds. He said it was like coming onto a red. He was some kind of folk hero.

Schlitz was a full-bodied beer. Robust. Full of gusto.

Then they changed the recipe. From Wikipedia:

Faced with a desire to meet large volume demands while also cutting the cost of production, the brewing process for Schlitz’s flagship Schlitz beer was changed in the early 1970s. The primary changes involved using corn syrup to replace some of the malted barley, adding a silica gel to prevent the product from forming a haze, using high-temperature fermentation instead of the traditional method, and also substituted less-expensive extracts rather than traditional ingredients. Schlitz also experimented with continuous fermentation, even designing and building a new brewery around the process in Baldwinsville, New York. The reformulated product resulted in a beer that not only lost much of the flavor and consistency of the traditional formula but spoiled more quickly, rapidly losing public appeal.

Overnight, they eviscerated the gusto, turning an American icon into another one of those bland American beer only suitable for rinsing your hair.

For much of the twentieth century Schlitz was the number one brewing company in America. Now, nobody drinks Schlitz anymore.

But they’re trying to bring it back. From Wikipedia:

In 1999 Pabst Brewing Company gained control of the Schlitz brand with its acquisition of the Stroh Brewery Company. 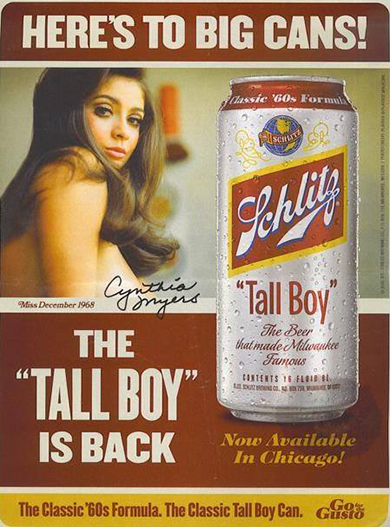 During the reformulating period of the early 1970s, the original Schlitz beer formula was lost and never included in any of the subsequent sales of the company. Through research of documents and interviews with former Schlitz brewmasters and taste-testers, Pabst was able to reconstruct the 1960s classic formula. The new Schlitz beer, along with a new television advertising campaign, was officially introduced in 2008. The first markets for relaunching included Chicago, Florida, Boston, Minneapolis-Saint Paul and Schlitz’s former headquarters, Milwaukee. The 1960s classic “gusto” version of Schlitz currently enjoys an almost nationwide distribution in the United States. The classic 1960s theme was also reflected when 1968 Playboy magazine playmate Cynthia Myers became a spokeswoman for Schlitz beer in 2009.

I’d like to try the new old Schlitz, but they don’t sell it around here. According to this website, the closest place to get a Schlitz is Denver.

I wonder if they sell it at the Bar Bar.

Here’s a show Schlitz sponsored in the fifties, before Walt Disney discovered LSD and everything was still in black and white.