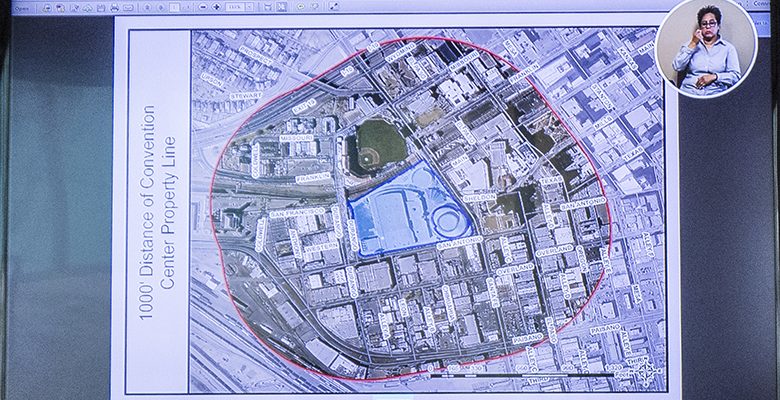 Remember that the people who are advocating building the arena within 1,000 feet of the Convention Center have claimed that it could generate $25 million in retained hotel, sales, and mixed beverage taxes over ten years?

From this piece in Saturday’s El Paso Times:

“The $25 million is an estimate of city and state taxes that can be generated over a 10-year period with the existing businesses within 1,000 feet of the convention center area,” [Chief Financial Officer Dr. Mark] Sutter said. He added that the $25 million figure is a conservative one that does not include any current developments or what the arena could generate.

Whoa. That’s a whole ‘nother kettle of fish from what they were telling us before.

And isn’t that money already pledged to support the Marriot Urban Courtyard Hotel and the Meyers Group’s Paso del Norte Hotel? How much of that (conservatively estimated) $25 million will the City get back?

“One other important piece of the puzzle from a planning and financing perspective is the desire to grow the MPC (Multipurpose Cultural and Performing Arts Center) to a 15,000 seat facility,” Sutter said. “The additional sales tax rebate that could be obtained by having the MPC located within the 1,000-foot radius of the convention center will go a long way towards providing the extra funding for the larger capacity.”

How much do you think that will be, Dr. Sutter?

Do you think the Comptroller will say the arena is 100% ancillary to the hotel projects?

I don’t. I reckon the City would have to argue that the arena will mostly be used by hotel guests. Do you think the Comptroller would buy that argument? I expect the Comptroller will only give the City credit for part of the tax receipts. Twenty-five percent, maybe, or less.