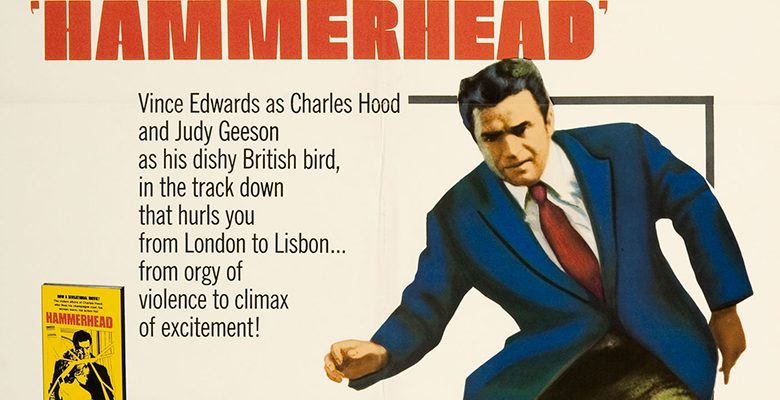 Here’s the storyline from IMDb:

Hammerhead is a dangerous international criminal suspected by British Intelligence of trying to steal NATO defense secrets. In desperation, a young, charming soldier of fortune is called in to match wits and guts in man-to-man combat with Hammerhead. His name is Charles Hood and he operates in London (the wilder parts) and moves on to the Portuguese coast in pursuit of Hammerhead and pursued by pert, kooky London model Sue Trenton.