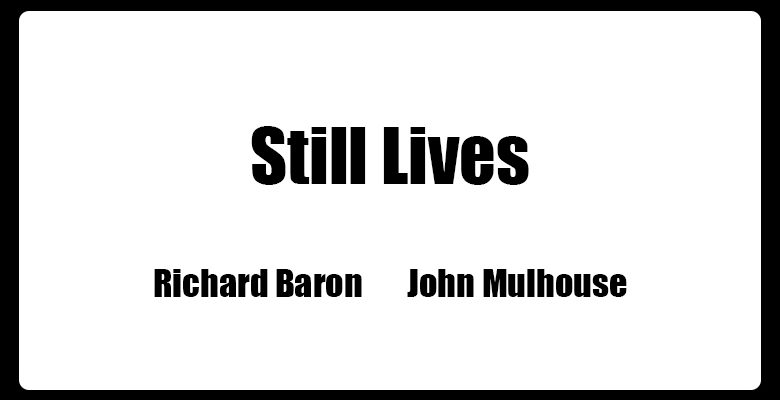 From 2011 to 2013, Richard Baron traveled throughout New Mexico photographing grave sites adorned by the arrangement of rocks on the ground, referencing no personal, cultural, or religious detail of its occupant yet still enshrining the life and death of an unnamed human being.

John Mulhouse has spent years seeking out the towns and villages of New Mexico that time has forgotten. Through his affinity for the landscape, history, and spirit of these places he has created stories of people and eras that have passed on yet still have much to tell.

The pairing of Baron’s images and Mulhouse’s words form a haunting portrait of lives we can never know, but may somehow recognize. 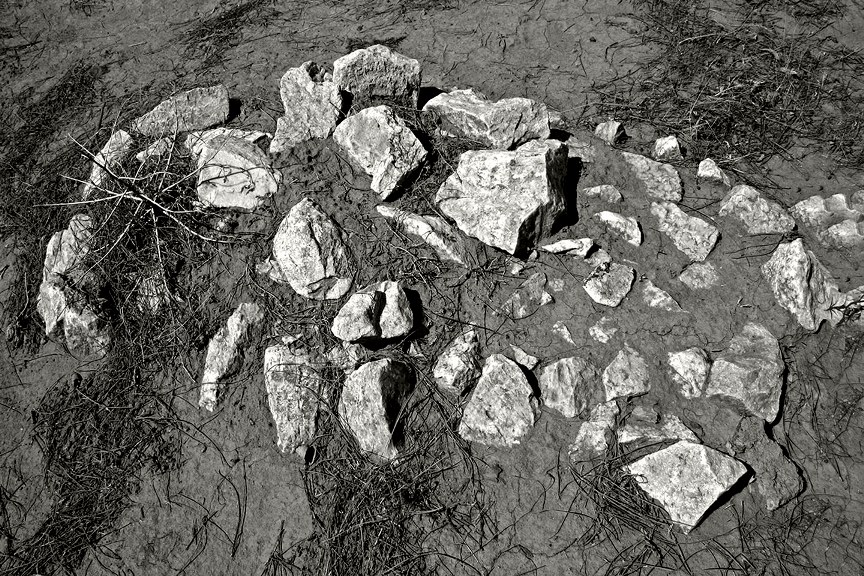 I waited all night in the yard until he left my house shortly before dawn. I could see them through the light of a single candle in the window. When he left he kissed my wife at the door and even in the darkness I knew that she was looking at him in a way that she hadn’t looked at me in a very, very long time. I let him go ahead of me down the road. He didn’t seem afraid of making noise as the gravel crackled underneath his boots in the stillness, but I kept to the tall grass. When he turned up the walk to his home I took four or five fast steps and had him on the ground before he knew what was happening. With my hands clasped tightly around his throat he couldn’t make a sound, but in his eyes was utter, final comprehension. I don’t know how long I held him, but when I removed my hands I saw that he was dead. I dragged him toward the river and put him in a hole I’d spent the previous two nights digging. I covered the dirt with rocks to keep the coyotes away and, then, as the sun rose, I quickly moved out into the fields. From there I could watch what the morning would bring.