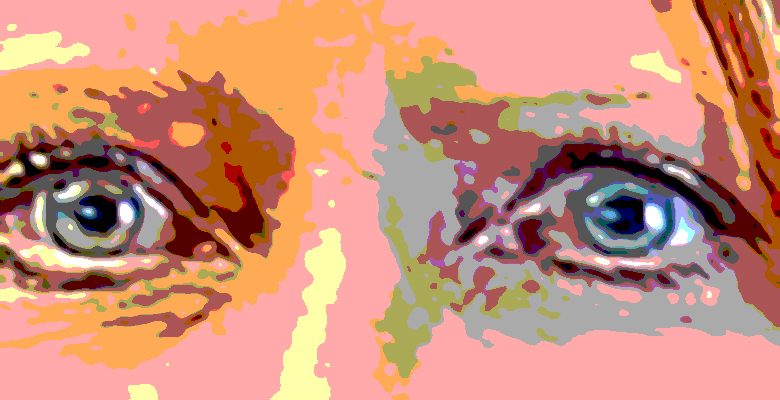 There is a horrific story in this week’s El Paso Inc., about an older Las Cruces woman who was essentially kidnapped by the state’s adult guardianship system.

LAS CRUCES, N.M. — Dorris Hamilton, a 91-year-old retired middle-school principal, had started to notice some odd things happening in her life: She had stopped receiving all mail at her home of 50 years right off Las Cruces’ busy Main Street. She was locked out of all four of her bank accounts across town. Then, one morning in late August 2019, someone knocked on her door and presented her with a document issued by a judge, authorizing her “transport” to a nursing home.

In disbelief, Hamilton got into her gold Nissan Altima and drove to the Third Judicial District Court to find the judge who had ordered this.

Sgt. Robert McCord of the Las Cruces Police Department found her in front of Courtroom 1. She had her papers in the pocket of her vest, and wore a black bell-shaped hat adorned with two pins — a silver butterfly and two golden owls.

She was being stripped of her rights, she told McCord.

“I’m a citizen. I pay my bills,” she said on body-camera footage of the encounter.

“Dorris, I do understand what you’re saying,” McCord said. “But I do know that a judge has put these people in charge.”

“Why?” Hamilton replied. “I haven’t talked to the judge. How can anybody be in charge of my business?”

McCord couldn’t muster much to answer that question, and he had orders. He gently loaded her into the passenger seat of his squad car, as she argued her case, and drove her to the hospital. The next day, she was moved to the Village at Northrise, where she’s been ever since.

Guardianship is the most restrictive protection for elders — from themselves, from family members, from friends — and can be necessary or even lifesaving in some cases. Yet previous reporting has documented a pattern of abuse across the country, and problems with guardianship are notoriously difficult to track. Nationally, 1.5 million elders are under guardianship, according to a widely cited report from a Florida court auditor, and the guardians caring for these elders hold $273 billion in assets.

Along with other popular retirement states, New Mexico has experienced and exposed some of the most prominent cases of abuse. Employees of two local guardianship firms, Ayudando Guardians and Desert State Life Management, embezzled a combined $15 million from their clients, and the CEOs of these companies were sentenced to prison time.

When Dorris Hamilton was taken to the hospital, Rio Hamilton, her only son and a successful interior designer, was living in New York City. Her old Nissan was towed and sold. So was a mobile home, and almost all the possessions in her house.

[Doris Hamilton] knew she wasn’t as capable as she once was. She decided to give her son power of attorney, allowing him to make some decisions on her behalf. On Saturday, July 20, 2019, they went together to see a lawyer to help draft the document.

That lawyer, CaraLyn Banks, is one of just a few lawyers who practice guardianship law in Las Cruces. She has practiced law for nearly three decades and has no record of disciplinary action with the New Mexico Bar Association.

They didn’t finish the process in that first meeting, but Rio Hamilton remembers that as they left the office, Banks mentioned knowing someone who could help clean out his mother’s house. Banks said she didn’t say anything about Dorris Hamilton’s home, but that she spoke to Rio Hamilton about guardianship for his mother on the phone after the meeting.

Just a few days later, Rio Hamilton was traveling for work when he got a series of emails from Banks.

The petition was approved in four days, without a court hearing. One month later, Dorris Hamilton met McCord in the courthouse and was taken away.

Banks’ and Rio Hamilton’s accounts differ as to how that happened: Banks said he was aware that the power of attorney was not sufficient. She said she called him and left a message, although she did not call Dorris Hamilton to inform her. Rio Hamilton said he had no idea about the petition, and still believed that Banks was helping him clean his mother’s home.

What’s clear, though, is that just a few days passed between the Hamiltons’ meeting with Banks and the emergency petition for guardianship.

Speaking of lawyers, an ad in the Inc. from Kemp Smith Law encourages Downtown Property Owners to oppose the Downtown Historic District proposed by the County of El Paso. The letter suggests that “very possibly, the County, or some of its elected officials, have been intentionally misleading people about the hidden purposes behind the effort to create the historic district.”

And the County, or some of its elected officials, aren’t even lawyers. Imagine them, very possibly, intentionally misleading people.

But you know who is an attorney for Kemp Smith?

That’s right. CaraLyn Banks, the attorney who arranged for Doris Hamilton to be placed in adult guardianship by the State of New Mexico, to the surprise of Ms. Hamilton and her son. She’s a partner at Kemp Smith.

Can you believe that Kemp Smith is only interested in what’s good for El Paso?