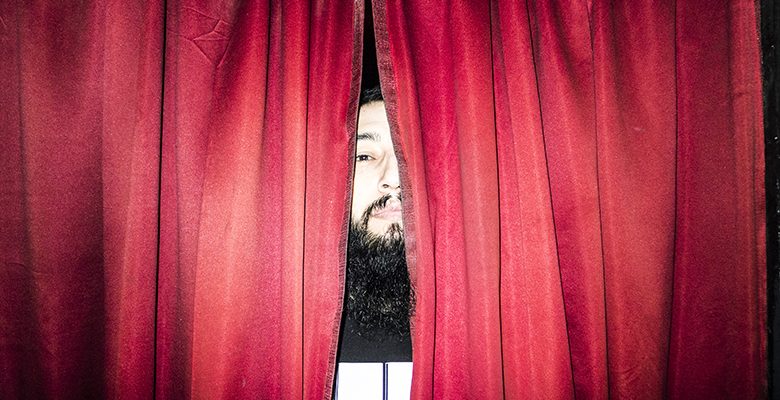 It’s March in Texas, and that can only mean one thing: South By Southwest is about to take over your entire life.

If, by some universal miracle, you have never heard of ‘SXSW’, let me explain. Every spring break since 1987, the city of Austin has hosted what is now arguably the world’s largest music festival. Indeed, if you like live shows, SXSW is pretty much the Mecca. Artists from all over the globe flock to the “Live Music Capital” to participate in 6 days of what I can only describe as the Musician’s New Year.

To musicians, the impact of these four letters is evident. This is the start of the touring year. They will now cram their guitars into their vans and drive to Austin, like some instinctual migration that rumbles from deep within their gut. They’re all heading south for the summer… and they all have to drive through El Paso.

SO SICK FEST is a series of shows happening in El Paso founded by promoter and drummer of local band ‘Nalgadas’ Leo ‘Chief’ Lara and Abel Salazar. Started in 2013 “mostly out of necessity,” Chief says this event is “a forum for us to host [all the bands] that will come through before, during, and after SXSW.”

“This year I’m not the only one booking bands for the event, so we’re hosting parties that other people are bringing as well.”

There are bands on the lineup that range in everything from soulful female vocalists to garage bands and hip hop. The shows are all bands touring DIY from Austin because SXSW makes all their bands fund their own travel and lodging. So why not help them fund their art? These unofficial showcases are often the most integral part of a young band’s survival on the road.

“It’s important [for El Paso] because SXSW time is unique in that a lot of the bands that are coming through are bands that might not otherwise tour for whatever reason… I don’t think people realize there is a whole other world of SXSW that a lot of people don’t even know exists. The ‘unofficial’ shows and parties are as much, if not more, fun than the official stuff, at a fraction of the price (or even free).”

If you’re looking to take advantage of the season, SO SICK FEST is a great opportunity. This year, it’s seven days of shows happening at Monarch (204 E. Rio Grande) and Boomtown (2430 Wyoming) from March 13 to March 20.

Shows not to miss? Chief says “Wand, Meatbodies, and Omni all in one day,” but there is something amazing going on every single night. Here’s the full schedule.