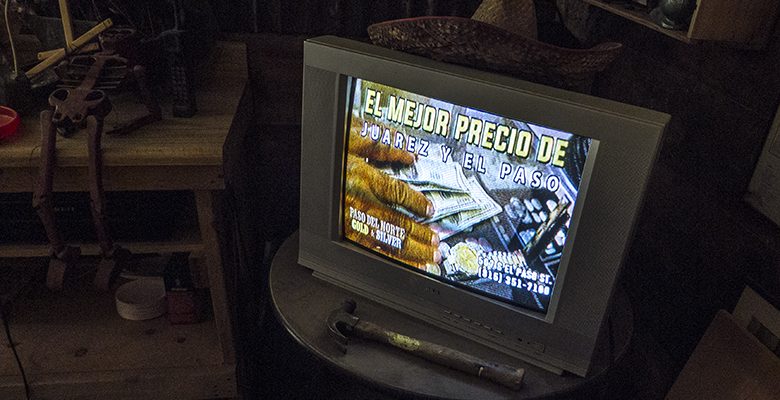 This article originally appeared on 2017 March 30.

Lemme tell you how to get us out of that hole that the hubris of misguided city officials, at the behest of voracious real estate speculators, got us into.

Remember that capital intensive businesses won’t move to El Paso because our property tax rates are prohibitively high, and, as a result, El Pasoans flee the city looking for work.

To improve El Paso’s standard of living, we need to improve the productivity of El Paso’s most abundant factor of production: Labor.

First, turn off the teevee. Step away from the computer if you’re using it as though it were a teevee. Surfing the internet is a lot like watching teevee. Non-productive.

Some of the yahoos that we elected to City Council one time wanted El Paso to be the least car-dependent city in the U.S. Like El Paso’s not forty miles from city limits to city limits. Like the buses don’t shut down a little after dark. A worthy objective would be to make sure El Paso has fewer active teevees per capita than any other city.

Now, do something. Work in the garden. Make bread. Fix that leaky faucet.

So far City Council hasn’t figured out a way to tax human capital.

If you’ve got a little jack and you’re thinking about pursuing some education, subscribe to Adobe Creative Cloud and get a membership to Lynda.com. You can learn as much as your brain can hold, at your own pace.

Also, YouTube has more practical information than the Library of Alexandria ever did.

For programming, check out Code Academy.

The truth is that we don’t know what skills prospective companies will find useful in the future, but it sure isn’t going to be couch potatotude.

You’d think the City would be looking to provide some skills training, and I guess they do, through the libraries, but it certainly doesn’t get the funding or attention it deserves. They’re too busy spending money on shiny gewgaws.

Now get out and share what you know. Thirty five years ago, El Paso had more good guitar players per square mile than probably any other city in America. The problem was that most of them never left their bedrooms. So their skill and talent was unappreciated.

If you can get paid for newly developed skills, that’s great. That shows that what you’ve learned has value to society. But if you don’t get paid, that’s okay, too. You still gotta show people your chops, in case your skills will be valuable in the future.

Maybe you can get together with some friends (or strangers) and your combined skills will be useful for making something together, like a movie, or a business.

And don’t stop learning. El Paso’s just the city we’re living in, but we are each our own country. We get to take what we know with us, wherever we go.