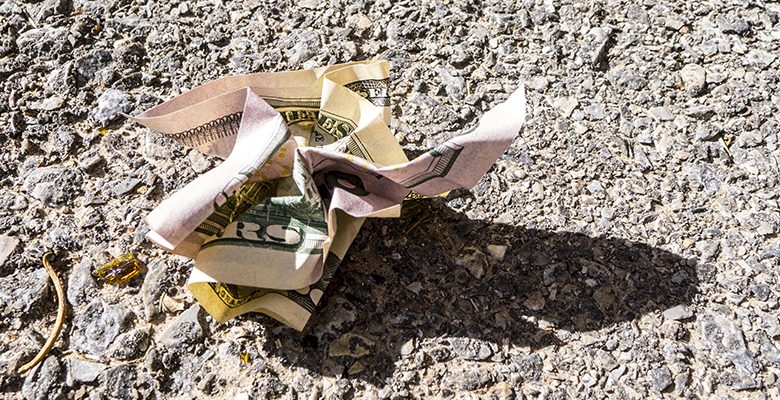 If you found fifty bucks on the street, what would you do with it?

Pay down your credit card debt? Take the family out to dinner at the Tap? Buy a nice, cheap, bottle of wine and some rib-eyes, and invite your friends over for a cookout?

Or you could go swimming at one of our municipal pools sixteen times, with enough money left over to buy a paleta, and some change left for the homeless guy on the corner.

Who said kick in some extra money for the Quality of Life bond projects? Go ahead, raise your hands. Anybody?

Yeah, they didn’t pitch the Quality of Life bonds as a decision about the allocation of scarce resources, because they already made all those decisions for you.

This week there’s a Q & A with Woody Hunt in the El Paso Inc. In the interview, the words “quality of life” appear eleven times, spoken by Mr. Hunt nine times.

So lemme ask you this: If Mr. Hunt found $50 on the sidewalk, what do you suppose he’d do with it?

Well, if he were in a hurry, he might not even bother to pick it up. The privately-owned Hunt Companies own a total of $14 billion dollars of projects, according to a sidebar in the Inc. Construction value. Hunt Companies wouldn’t build a project if it wasn’t worth more than it cost to construct. Mr. Hunt’s personal net worth is incalculable, even for his accountants. But it’s up there.

I’m okay with that. I’m sure Mr. Hunt made some significant sacrifices to get where he is, probably early in his career, when he likely didn’t have legions of employees to do his bidding. That’s not my point.

Mr. Hunt doesn’t have to wait to find $50 on the sidewalk to splurge on dinner at the Tap for his family. He doesn’t have to choose between any $50 alternatives. (The horror of it is that Mr. Hunt never gets to go to the Tap, or get a burrito on Avenida Juarez. He’s trapped in his own gilded cage.) And I suspect that Mr. Hunt has surrounded himself with a cadre of people dependent on him for a paycheck. They don’t want to argue with him. And they are probably just as far removed from the average El Pasoan’s quality of life as he is.

There’s a lot of meat in Mr. Hunt’s Q and A, and I’ll try to riff on it a little more this week.