I recently discovered in a Barnes & Nobel restroom that nerds are terrible shots, which really isn’t that much of a surprise. I know they’re not athletic, but it’s one thing to throw a ball into a hoop that’s 10’ high and another to pee into a urinal inches away. At some point you should probably master the latter. I also realized, after a guy having a very loud bout of gastric distress in the stall beside me darted out of the bathroom without washing his hands, that I will NEVER touch another book at Barnes & Noble again.

Along those same lines, I will NEVER go on a cruise. From what I’ve heard, there’s a level on cruise ships with all you can eat everything all the time which explains why there is also a level called Poop Deck. Which begs the questions; Poop Deck? Really? There are three little rooms for that in my house but I don’t call them Poop Rooms. I mean, ewww. The point is I don’t want to be trapped on anything that has named an entire level Poop Deck. If the ship catches fire in stormy seas and the captain announces over the speakers “Everyone report to the Poop Deck,” I’m probably jumping into the water. If you need a whole deck for that, count me out.

Or maybe I should go on a cruise. I stepped on to a scale to find out I have lost 34 pounds in two months. I was at a healthy weight and just trying to redistribute it from my belly to the rest of my body but ended up redistributing 15 kilos to Somewhere Else.

Somewhere Else is not located on my body or a map but it is somewhere. Else. I have so many socks Somewhere Else that I literally wear unmatched socks and have no doubt that Somewhere Else is built around Greg’s Socks Mountains. And I think there’s, like, some dark matter and ether moving company whose only route is from My Stuff to Somewhere Else, but they only specialize in small stuff like socks and Hot Wheels. I swear, if I find their driver who took my red ’72 Mach One Sizzler back in 1974, I am so going to kick his ass. Anyways, just small stuff. I was once in a parking lot and met someone who couldn’t find their vehicle and they were pretty sure it was Somewhere Else. I was pretty sure it was in Juarez. 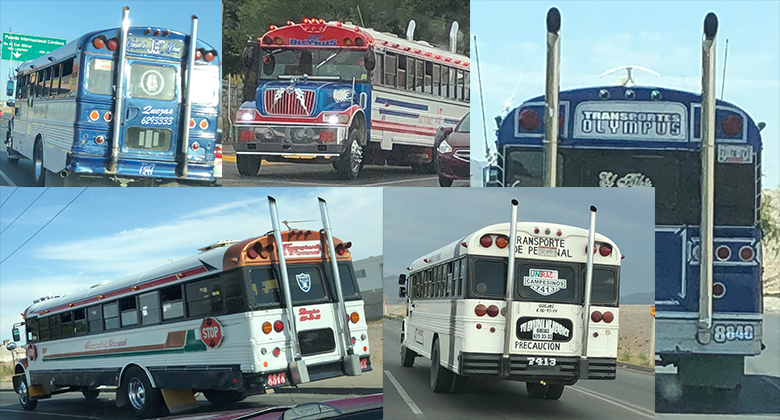 If it was an old bus, I’m also pretty sure it now has a set of twice pipes sticking up on the back of it. The Upright Twice Pipes game is strong on old buses in Juarez. So is the Chrome Silhouette of a Nude Woman in a Provocative Pose game. The grand prize winner, though, will be the bus that has an “Ass, Gas or Grass, Nobody Rides for Free” sign. And I promise you there will not be any part of that bus called “Poop…”

It has occurred to me that those buses may be the Dark Matter Moving Company and Somewhere Else may be located in Juarez, ‘cause ain’t nobody coming from nowhere looking for anything in Juarez.

Except maybe a good time. Or trouble. Or a job. Or tacos carved on the spit. Or cheap dental work. Or cheap beer. Or cool people. But not lost socks. Or Hot Wheels.

I wonder what the name of that mountain is?