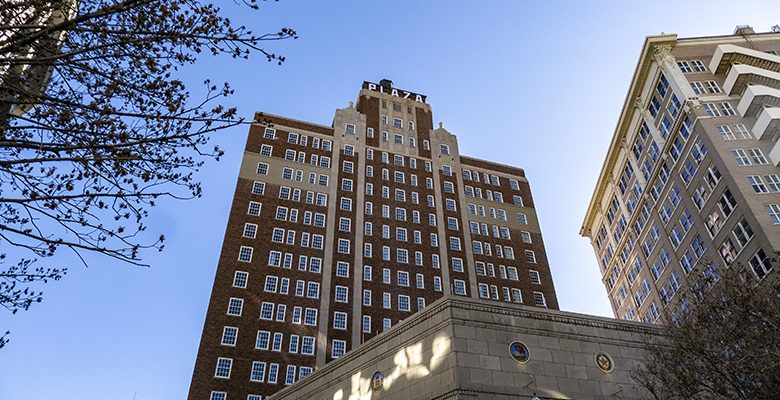 The El Paso Inc. ran a story about the restoration of the Plaza Hotel this weekend. That renovation was undertaken by local billionaire Paul Foster.

Foster said it’s not so much about the price tag as it is about contributing to the transformation of Downtown into a competitive city center that El Pasoans are proud of.

“What I’m hoping is that it’ll end up being the nicest hotel property in El Paso. I believe that, but it’s not for me to say,” Foster said. “I think a rising tide lifts all boats. The more of this type of product we build Downtown, the better. I think it elevates people’s image of El Paso.”

There’s also one more component to Downtown that Foster and pretty much everyone else is keeping an eye on: the status of the proposed multipurpose center approved by voters in 2012. The project has faced opposition from activists and historic preservationists, including several lawsuits that have frustrated the city’s plans to build the facility in the historic Duranguito neighborhood.

“I don’t know that it has a negative impact to not do it, but we’re missing out on a great opportunity,” Foster said. “The voters approved these bonds to pay for this arena seven or eight years ago. It’s an absolute shame it hasn’t happened.”

“If I believe in my heart that what I’m doing is going to be good for the city, for the economy, for quality of life, then I’m going to pursue it,” Foster said. “If there’s opposition, we try to satisfy that. Not everybody’s going to be happy.

“I’ve never been involved in a project yet that didn’t have some sort of opposition.”

I get it. Don Pablo means well. Don Pablo wants to give people something to talk about. Some positive image of El Paso.

(I’m not sure what a “competitive city center” looks like anymore. Is it all luxury hotels and fancy restaurants? Doesn’t a vibrant downtown have dive bars and liquor stores? A deli and a lunch counter? The high-end developers have squeezed all the soul out of downtown.)

Don Pablo made his money selling a commodity, so he can be forgiven for not understanding the concepts, or power of, branding.

It’s probably hard for the billionaire to understand the living situations of hundreds of thousands of poor El Pasoans. People who live month to month and paycheck to paycheck. People for whom an unexpected medical emergency can lead them down the long road to homelessness.

It’s probably hard for Don Pablo to get his head around the idea that the amount of disposable income in a community is finite, and that the money that people spend on property taxes is money that they won’t be able to spend on tickets to ballgames and concerts, or dinner and drinks, or medicine and rent.

It’s probably hard for Don Pablo to understand that not everyone can afford an $8 hot dog at the ballpark, or a family outing that bumps up against $150, or $200.