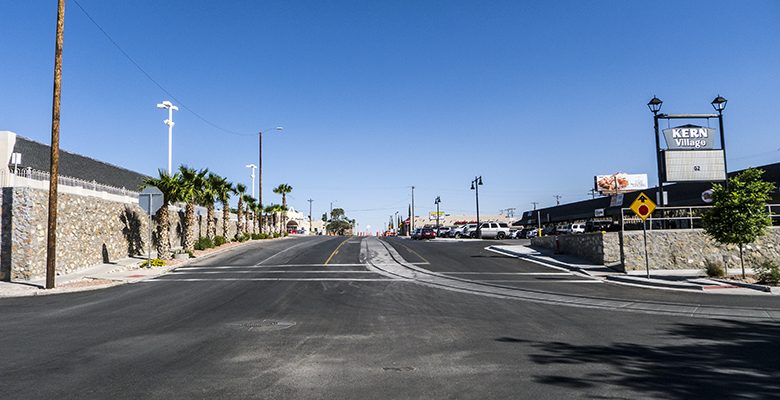 Boy, it’ll be good when that trolley gets finished so our traffic problems will be over.

I took that picture today. Looking south from Stanton and Baltimore. I reckon that’s what the whole length of Stanton will look like once the trolley starts running.

The genius masterminds behind the project are cutting Stanton down from four lanes to two. To accommodate the trolley that duplicates the routes of at least four other bus routes.

If you live in Kern or Mission Hills, I predict that your house will lose from five to ten percent of its value. Because who wants to fight rush hour traffic?