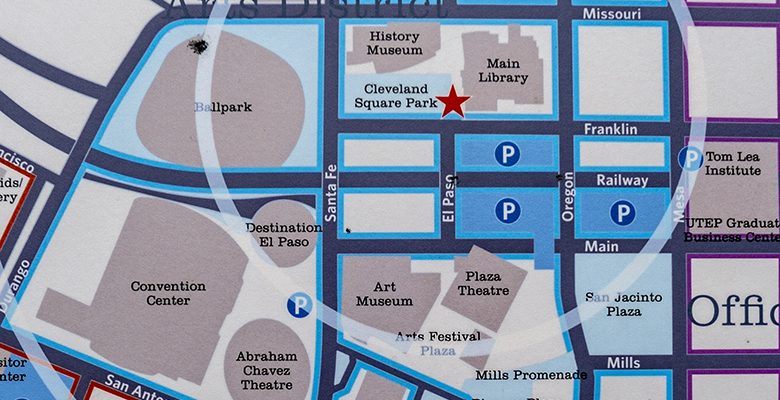 Imma let you in on a little secret.

In El Paso, we don’t get the best and brightest.

That actually illustrates two points: That El Paso is a closed game, and that El Paso doesn’t get the best and brightest. I mean, look at it. Those people who advocated paying Great Wolf Lodge more than $100 million to open a water park hotel here represent the elite of El Paso.

And look at City Government. City Management gets paid a premium, yet El Pasoans get only just-above-average service.

Take, for instance, this idea of a Museum District. Clustering the museums together means that people who want to visit museums aren’t exposed to any other part of downtown. I guess City Government didn’t want those out-of-towners traipsing all over our sidewalks and peering into our store windows. Because, you know, they’ll wear out the windows if they keep peering through them, and the sidewalks can only take so much traipsing.

And locating the Mexican American Cultural Center in the Museum District was one of the requirements that led to the City deciding to locate the MACC in the library, a perfect solution in that it didn’t make anyone happy. The City could have found a better location for the Cultural Center, if they’d looked.

And how about this great idea to put an arena in El Paso’s most historically dense two blocks? What’s it for, anyway? It’s not like we need an arena. El Paso already has the Don Haskins Center, and the Civic Center, and the County Coliseum. We’ve already got arenas. And what’s the rush? Why do we need to hurry up and build a redundant arena? Can’t we wait till there’s some justification for it, or till our population growth rebounds, or we get some of that Economic Development the QoL bond advocates promised us?

And why would we put it there? Building that arena in Duranguito will complete a chain of entertainment facilities that will be dark at least (AT LEAST) 60 percent of the year. That bank of big dark buildings will isolate the Union Plaza entertainment district from the rest of downtown.

And traffic downtown is already horrendous if a Chihuahuas game coincides with an event at the Civic Center or Plaza Theatre. Imagine the extremely remote possibility of there being events at the ballpark, Civic Center, Plaza Theatre, and arena, all on the same night.

And remember when City Council and the Chief of Police declared martial law in anticipation of the Pope’s visit to Juarez? That could have been a big event for El Paso, but instead, no one came, because of all the unnecessary bad publicity we generated in advance. We snatched defeat from the jaws of victory.

All of these problems (except, maybe, the Police Chief’s declaration of martial law) originate from a common structural systemic defect: a closed system that doesn’t tolerate dissent. Around here, it’s “my way or the highway,” with the hacendados and City Management deciding the way. You don’t advance in a closed system by telling the truth, by challenging the orthodoxy, no matter how clueless the big cheeses are.

Normally, you’d expect a free press to challenge these bad decisions, but El Paso hasn’t had a independent fourth estate for a long time.

Lookie here. I’ve got a piece of anecdotal evidence. This year I ran for City Council. Now, I’ve got this website that you might have heard of. It’s called El Chuqueño. On my website, I opine on a number of subjects, but a recurring theme is public policy.

Don’t you think, given that City Council makes decisions regarding a lot of the public policy I opine on, that the media might have mentioned my website? Here’s the only reference to El Chuqueño in El Paso’s print media, from the El Paso Inc.:

El Paso’s English language daily didn’t mention El Chuqueño at all. In fact, there was very little coverage of our local elections.

I get it. Dead tree is a dying medium. Resources are thin. But don’t you think that the citizens of El Paso deserve a little more election information before the vote?

But an informed electorate might be detrimental to the status quo. And the City of El Paso is a big advertiser in the El Paso Times, with legal notices. If they City were to yank their advertising, the El Paso Times might have to shut its doors.

The writers and the editors of the El Paso Times know that. They don’t want to get Bob Moored. Bob Moore abruptly left his position as Executive Editor of the paper two days after running an editorial critical of the City’s role in the Duranguito debacle.

Coincidence? I think not.

Think about that. El Paso’s English language daily can’t critically report on City Government because the City might yank its advertising with the paper. That’s like Mexico.

El Paso wallows in mediocrity. And the town of Mediocrity doesn’t lie on the road to Economic Development.