A two-thirds moon hung in a cloud dappled sky. It was the night side of dusk when I crossed the bridge. 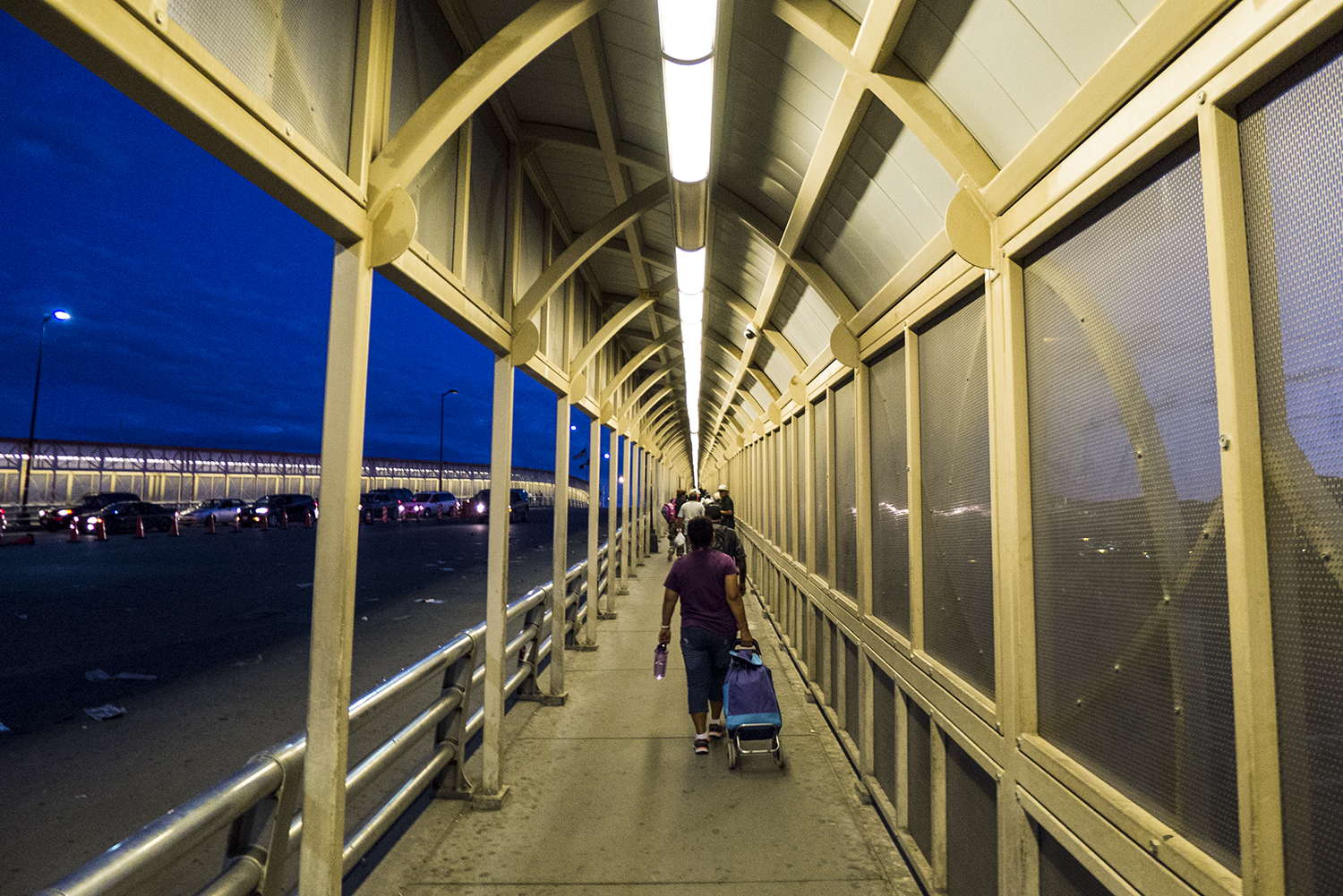 The pedestrian flow was light, and their conversation light-hearted. Workers, mostly, headed home, and a few that wouldn’t, or couldn’t, hold a job. Maybe they worked in the “informal economy.”

There are lots of reasons to head to Juarez at seven on a Monday night. Mine was El Bombin.

The word was that the old maestro was playing piano. He used to pack it at the Arbolito. But the Arbolito is a memory. Life runs its course without asking us. We adapt. 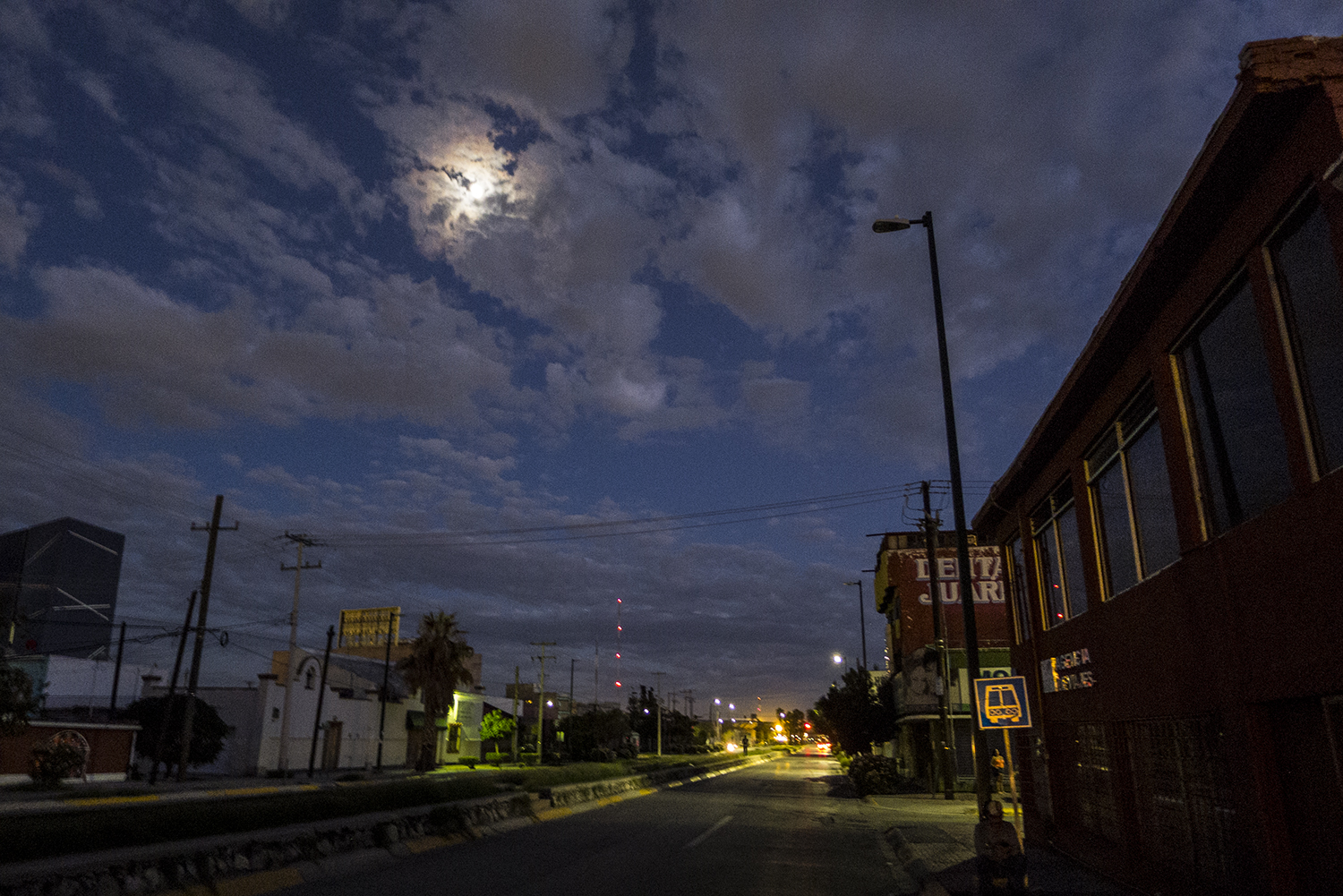 I followed a girl through the nominally attended archway that is euphemistically called Mexican customs.

I turned onto ferrocarril as she mounted the steps to the parking lot at City Hall. I headed south on the west side of the tracks.

I took Acacias west, and turned into that little anonymous street you’re too afraid to go down. There’s a bar there, and it’s open again. I think I’ve never been in that bar, or maybe only once, a thousand nevers ago, when it had a different name. A glimpse through the open doorway showed a typical scene: a girl behind an island bar, a teevee, one customer sitting in front of a beer. 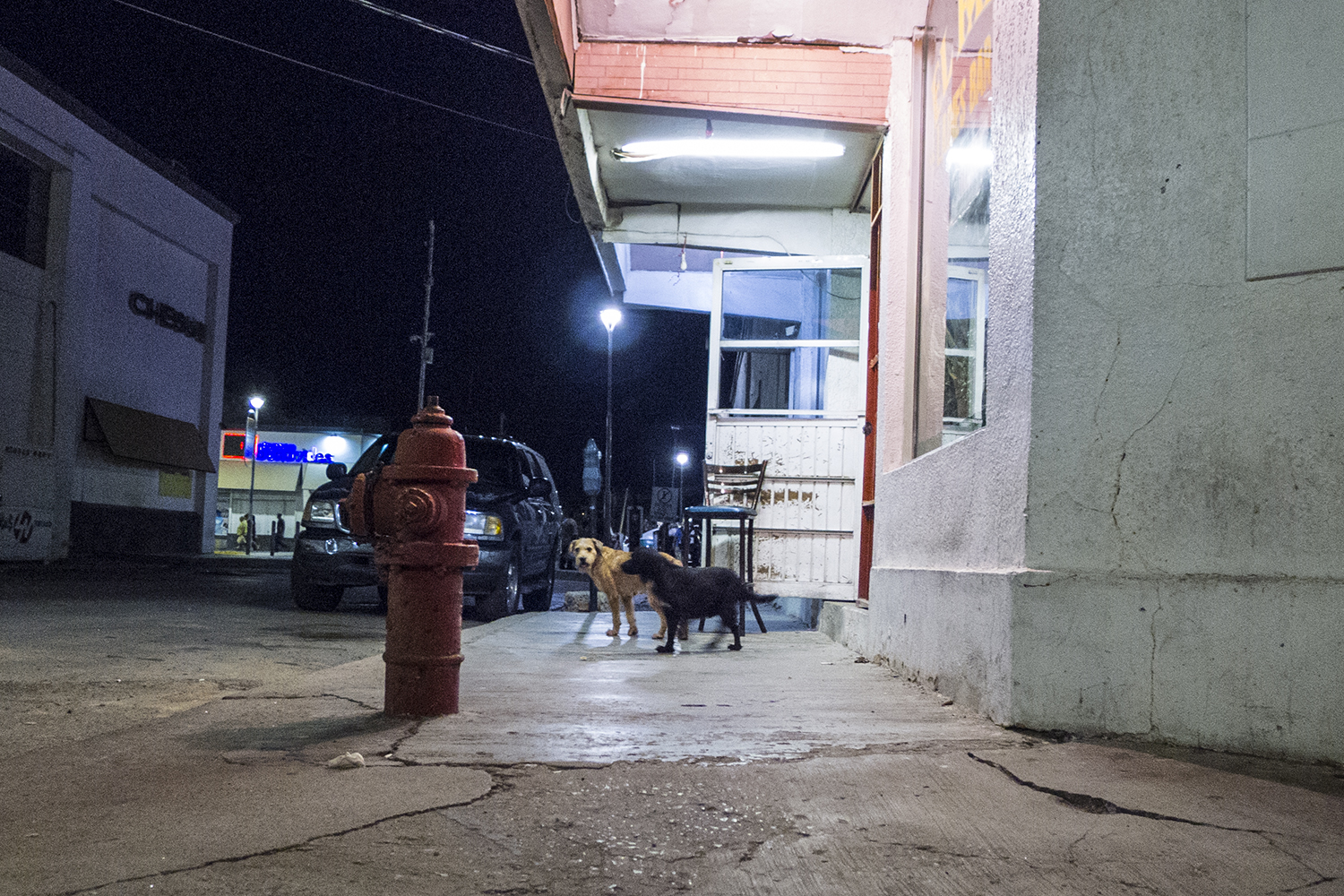 The Bombin is on a corner of that alley-street and Begonias. So the bouncer didn’t have a lot of time to react when I came around the corner. Not that I’m someone who needs reacting to. I slipped in behind him up the steps.

I took a stool at the end of the bar, and the bartender came over from where she was talking with her boyfriend, two stools away.

Gimme a Bacardi and Coke, I told her, if the Coke has a spark.

If it’s not flat. 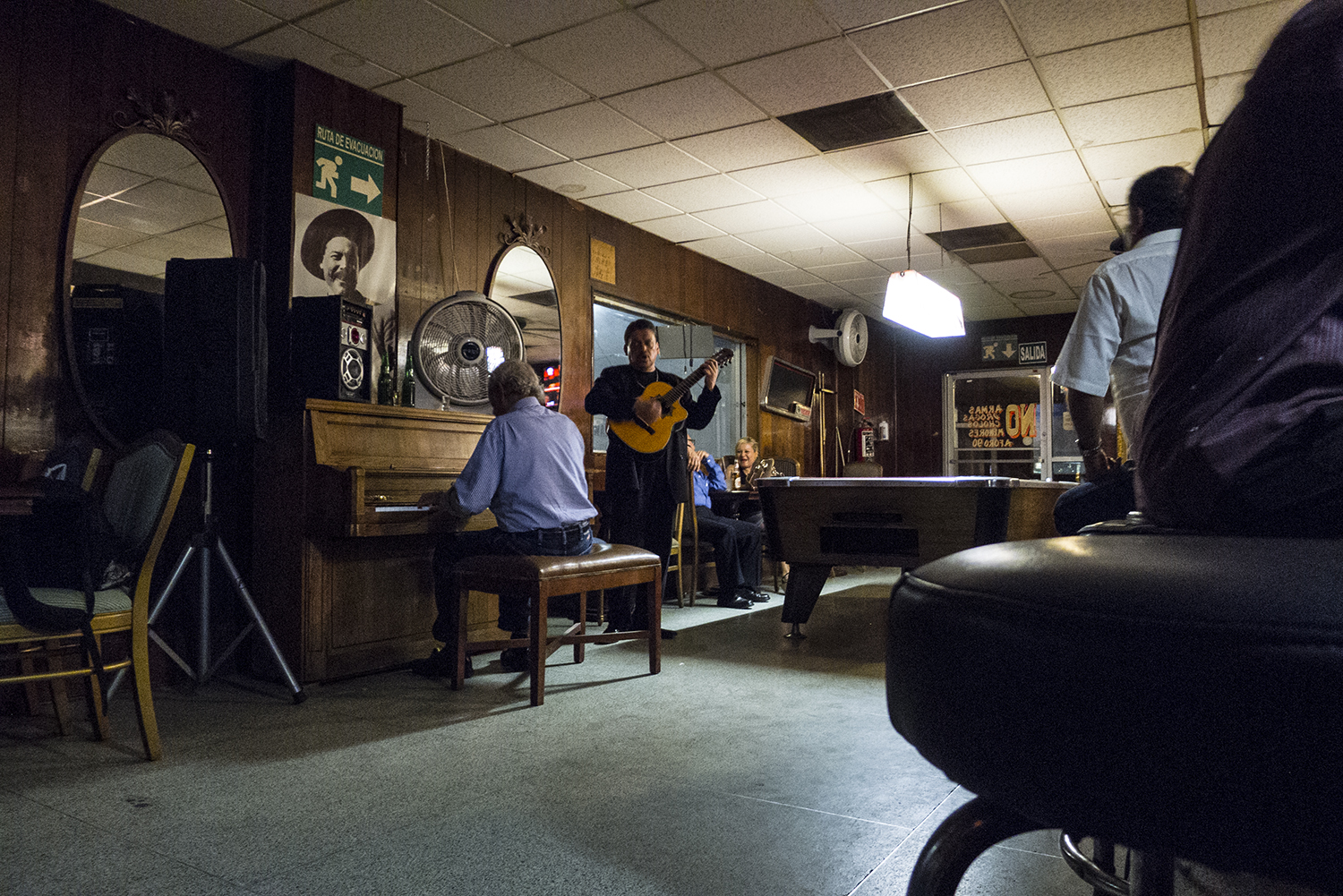 The maestro was already playing the spinet in the bar. A guitar player in black played a ¾ body nylon string with all his fingers. He was short. The maestro sat on a bench, his back to the room.

At the Arbolito he used to bring his own electric, consumer grade, gray plastic, sixty-four key deck on a scissor stand. He’d play standing, sometimes, but mostly on a bar stool, on the short side of the room, in front of the girl’s room, which was locked with a padlock to keep out any guys who didn’t want to wait. A microphone was wired to a guitar amp, the people from the audience would sing as the maestro played.

There was a lot of New York New York. My way, a mi manera. Musica romantica I didn’t know.

At the Arbolito he packed the place.

About half the people at the Bombin there were my age or older, and I’m old. A lot closer to the cemetery than the nursery. A lot.

A woman in a booth fluttered a folding fan. A tag team wrestled RAW on the teevee, and the match swung like a pendulum. The Técnicos were African Americans, and the Rudos looked like Cossacks. After a morally questionable two-on-one, the Rudos won.

I finished my drink and left. There wasn’t a lot there for me at the Bombin. And the mix was bad. The guitar player should have been standing right in front of me. 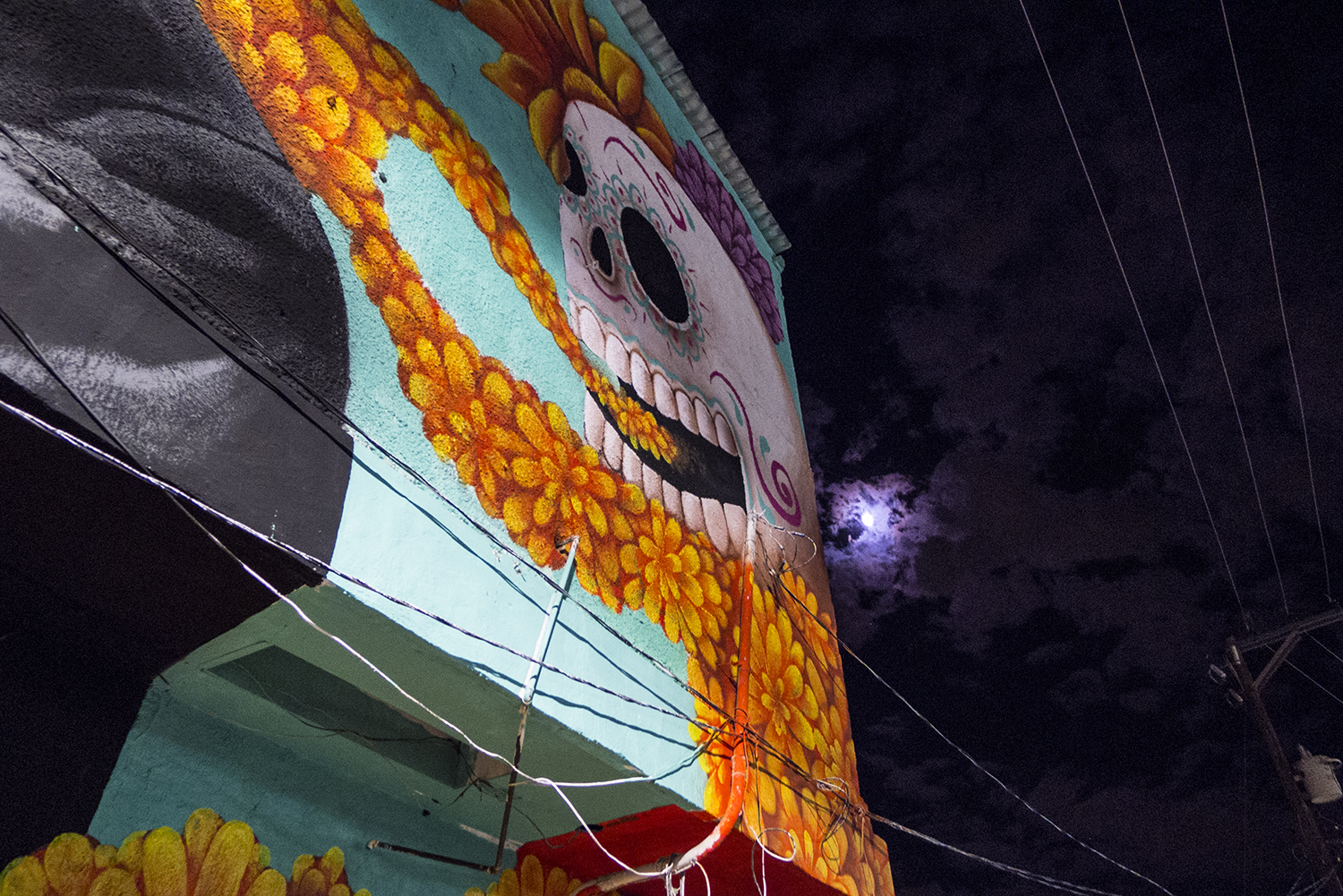 The murals on Mariscal are done, or almost. The scaffolds were there, but the second shift had gone home. 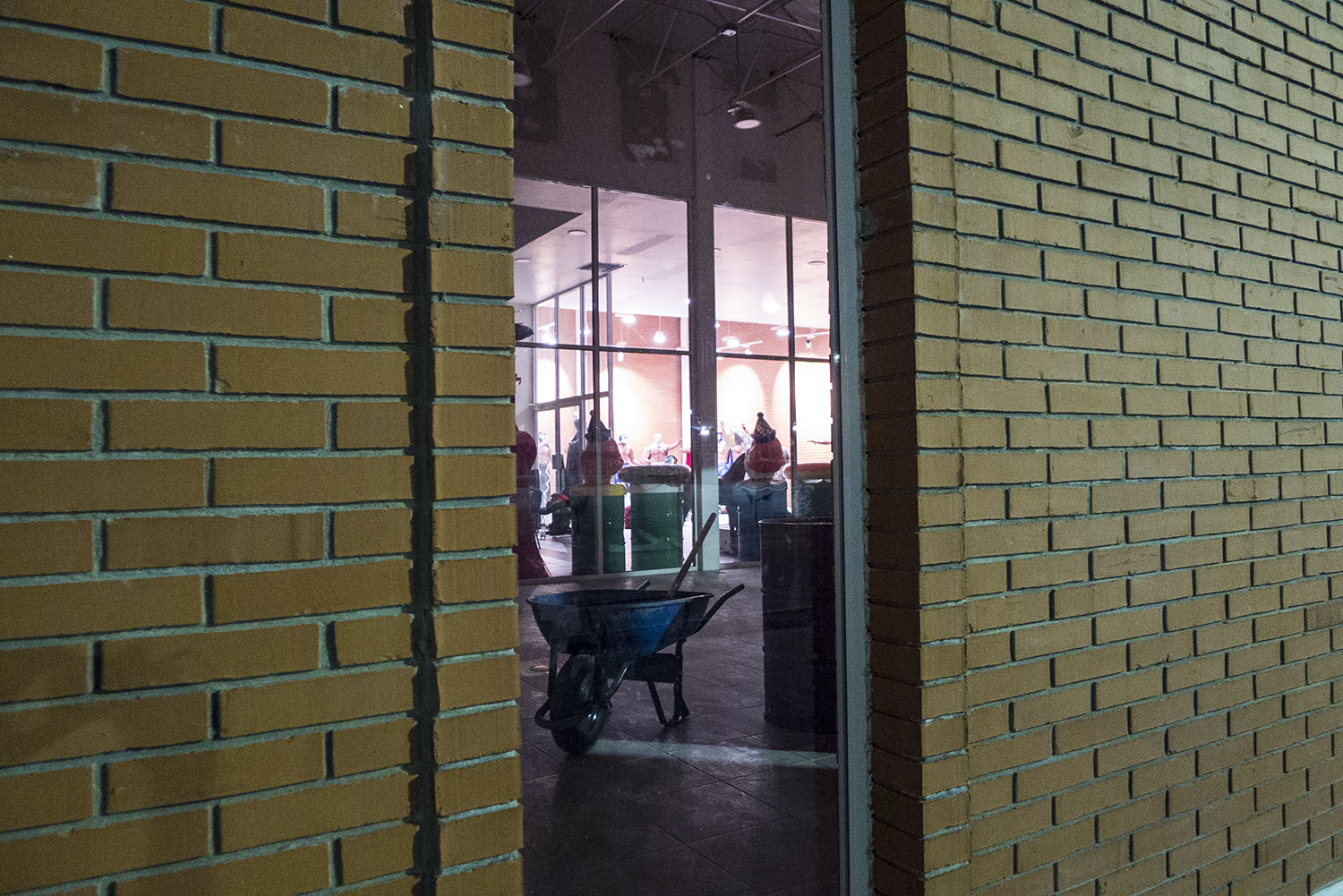 The Tin Tan museum is supposed to open at the end of the month. People were working there, surrounded by clown-head carnival trashcans and life-size lucha libre action figures.

I turned north on Juarez from Mejia, and jaywalked between Don Beto’s and Yankees.

In Yankees, the crowd was sparse, but younger. I ordered a Bohemia, and then a shot of Cazadores, and then one of each, again. 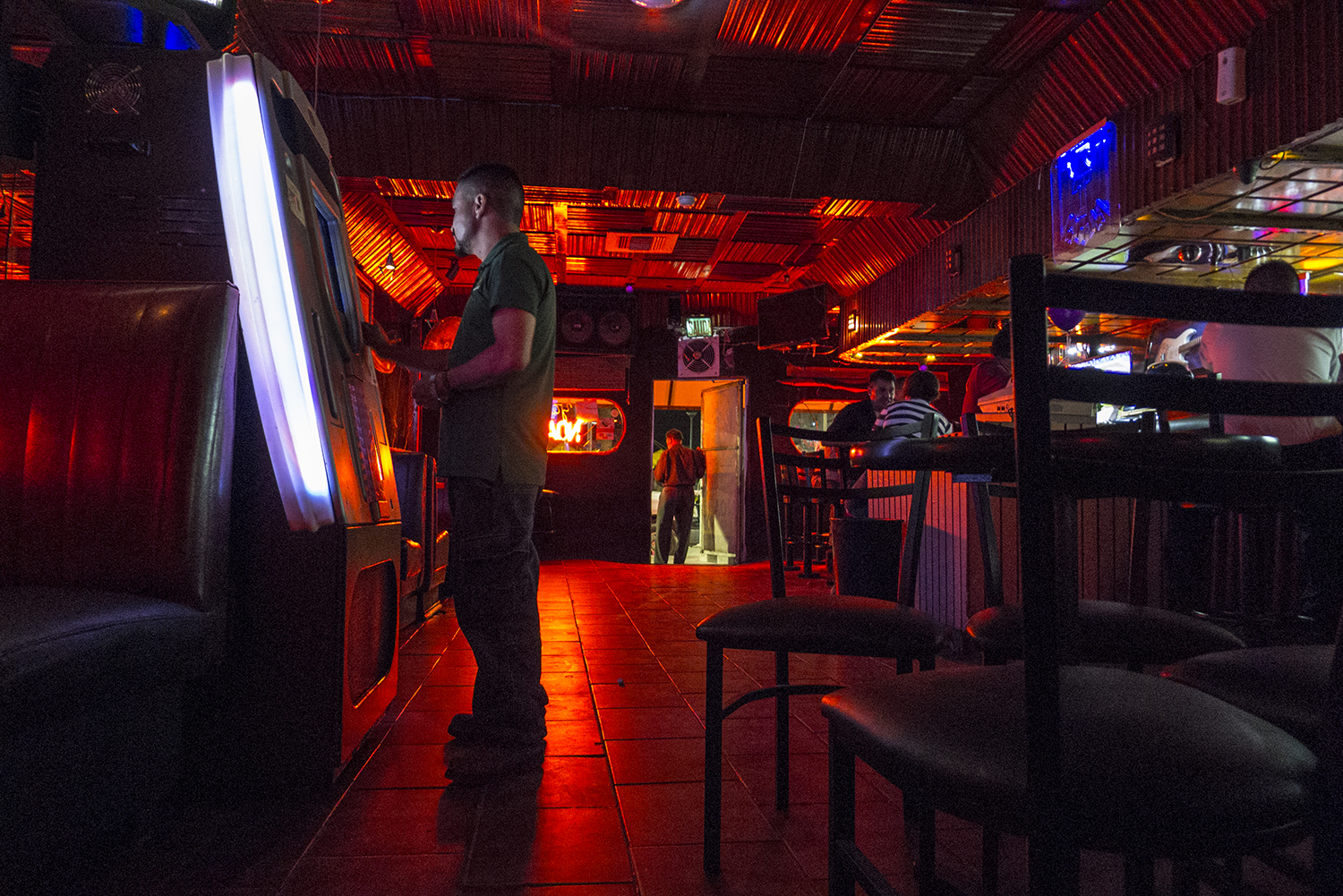 The customers fed quarters in the jukebox, and it played eighties new wave. The music made me want to do cocaine and screw the waitress, except there was no cocaine, and no waitress.

I drank the tequila, and at halftime I walked out on a little beer. Despite the allure of eighties new age disco and five big screen teevees, I couldn’t convince myself to stay any longer.