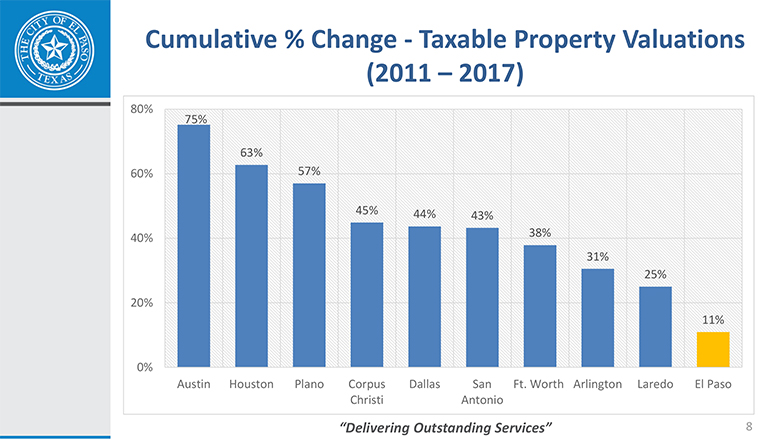 It shows the growth of taxable property values for the biggest cities in Texas since 2011.

Now look at this chart from the U.S. Census Bureau, detailing the change in population estimates for the City of El Paso:

I’m thinking that the values of taxable property grew a relative lot between 2011 and 2012, and the only reason Mr. Cortinas started his series in 2011 was because something else happened in 2012, something that our purported “leaders” didn’t want us to recognize.