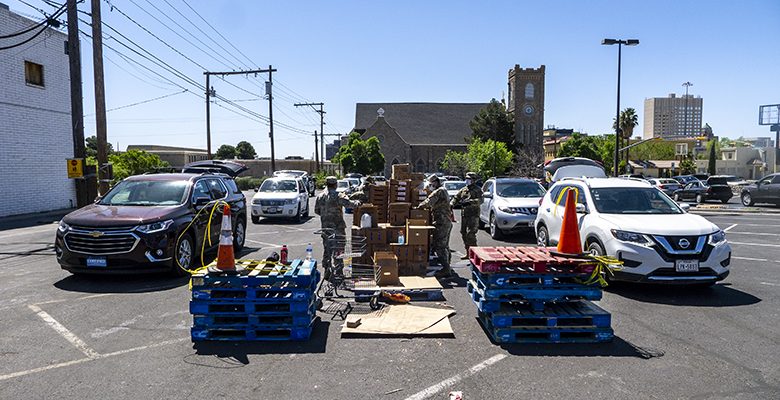 Farmers in the upper Midwest euthanize their baby pigs because the slaughterhouses are backing up or closing, while dairy owners in the region dump thousands of gallons of milk a day. In Salinas, Calif., rows of ripe iceberg, romaine and red-leaf lettuce shrivel in the spring sun, waiting to be plowed back into the earth.

Drone footage shows a 1.5-mile-long line of cars waiting their turn at a drive-through food bank in Miami. In Dallas, schools serve well north of 500,000 meals on each service day, cars rolling slowly past stations of ice chests and insulated bags as food service employees, volunteers and substitute teachers hand milk and meal packets through the windows.

Across the country, an unprecedented disconnect is emerging between where food is produced and the food banks and low-income neighborhoods that desperately need it. American farmers, ranchers, other food producers and poverty advocates have been asking the federal government to help overcome breakdowns in a food distribution system that have led to producers dumping food while Americans go hungry.

But don’t worry. The mayor has assembled a blue-ribbon panel to fix the economy.

If we don’t starve to death in the meantime.