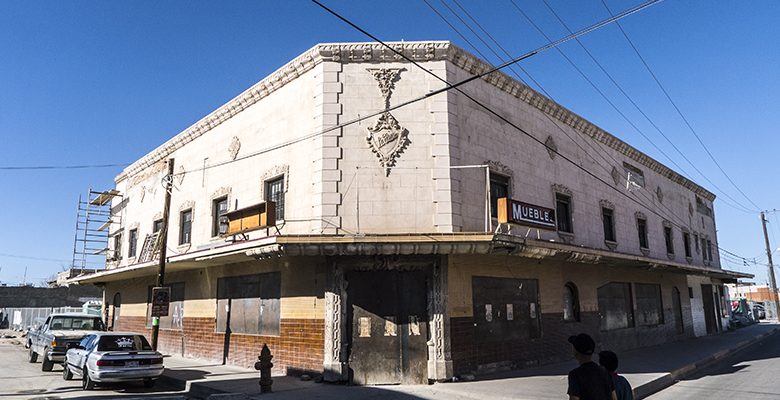 This week I got to go into La Fiesta.

La Fiesta is located at the corner of Mariscal and Segundo Ugarte, in historic downtown Juarez.

I know, you’re probably thinking that I’ve led a sheltered life if I’ve never been in the Fiesta before.

La Fiesta opened in 1954. It was a cabaret dancehall where the biggest acts in the world performed, according to lore. 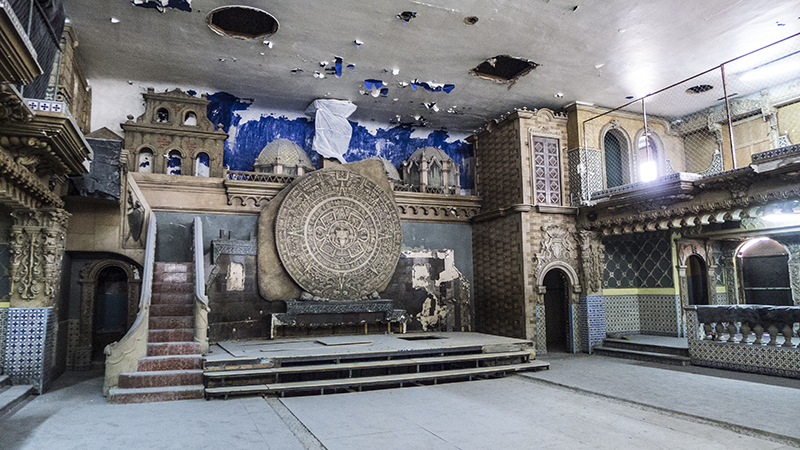 Okay, not quite. But $100 went alot further then than it does now.

Most of the interior features of La Fiesta are made of plaster. Some of it has not withstood the brutal caress of time.

They’re working to restore the joint. I hope it works, as a business proposition. If it doesn’t work as a night club, they could rent it out as a set for music videos, or a vampire movie.

Since you weren’t there, I took a lot of pictures.