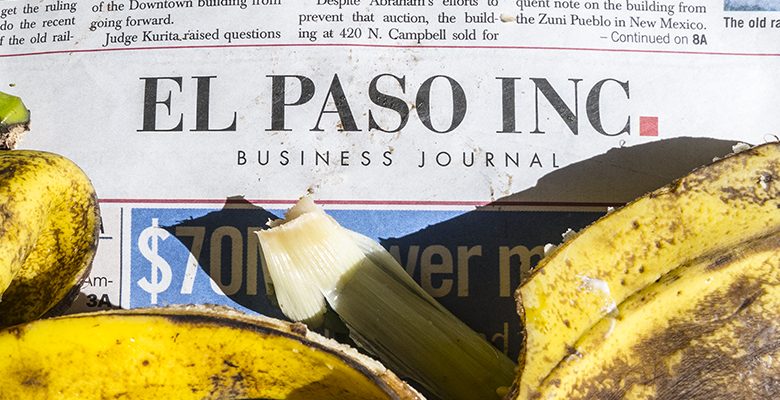 This week’s main story in the El Paso Inc. is titled El Paso’s Birthrate is Falling, by David Crowder. Here are the first three paragraphs:

While populations are growing fast in other big counties across Texas, El Paso County is growing slowly and getting slower because people are leaving for better paying jobs and the county’s birthrate is steadily declining.

Among El Paso’s unique assets are its very low unemployment rate, crime rates and cost of living, as well as UTEP and El Paso Community College pumping out graduates.

Weighing against those assets appears to be big problem No. 1: the lack of high wages and salaries in the private sector needed to keep El Paso’s college graduates from leaving in droves.

Wait a minute. Isn’t this story about falling birthrates?

I guess the Inc.’s corporate sponsors couldn’t handle the truth of El Paso’s mass exodus, so the Inc. had to break it to them gently, without blaming them.

But now look! The El Paso Inc. has found a shiny new penny!

“We should be more competitive,” said Joyce Wilson, chief executive of Workforce Solutions Borderplex, the state’s privatized employment and training agency for the region. “In virtually all areas, we’re at the bottom or near in terms of wages.”

Wages are the price of labor, and prices are determined by supply and demand. Maybe they don’t teach Economics at Ms. Wilson’s alma mater, the Harvard Kennedy School of Public Administration.

That would explain a lot.